North Pole is considered to be the point at which the axis of rotation of the earth intersects the earth’s surface in the northern hemisphere. Even though it gives the impression that this is a fixed point, based on the application the real point varies. Therefore, several alternative definitions for North Pole exist based on their particular differences encountered in the applications. This results in slightly different changes when taking the directions from the north.

As predicted by Leonhard Euler the axis of rotation has a variation, therefore, the geographic north is not always a fixed point. This was later discovered and verified by the astronomer Seth Carlo Chandler in 1891 AD.

On standard maps developed and issued by the US geological Survey and the US army, the true north is marked by a line ending in a five pointed star.

The grid north is referred to as the direction towards north along the grid lines of a map projection. The longitudinal lines of the globe intersect at the grid north.

What is the difference between Grid North and True North?

• As a result of the periodic variation in the axis of rotation of earth, a difference exists between the accepted true geographical north, which is also known as geodetic north.

• True north is the point of intersection of the earth’s surface and the axis of rotation in the northern hemisphere.

• Grid north is the point of intersection of the longitudinal lines in the northern hemisphere. 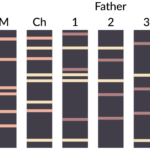 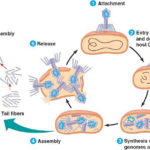