Grin vs Smile vs Smirk

A smiling face is always welcome at all places and on all occasions. A smile can melt even the hardest to please individuals but which type of smile you sport on your face can be very confusing if you are to choose between a grin, a smile, or a smirk. There are some more near synonyms for smile such as giggle, chuckle, laugh, etc. It can be very confusing for a student of English language as he fumbles for the right word, for a similar facial expression to smile from among these words. Grin, smile, and smirk may appear similar, but there are subtle differences in meaning that necessitate their usage in particular contexts only. This article attempts to find out these differences.

Smirk is one of the most misused words in English language by the people. Smirk can be a noun as well as a verb. As a noun, it refers to a special facial expression that resembles a grin but is also different from a simple smile in the sense that it carries a lot of sarcasm. Thus, smirk is a kind of smile that can appear offensive or rude to the person it is aimed at. It is a facial expression that conveys smugness and scorn at the same time. It is certainly not an innocent smile or the grin of a fool; it is the sneer that expresses scorn or derision. If you see smirk on someone’s face, you know he or she is not smiling happily or innocently. A smirk is a way to mock or taunt at a person or a situation. Take a look at the following examples to understand the meaning and usage of smirk.

• I could see the smirk on his face even as he agreed to the proposal.

• He gave me a smirk when I asked him about the result of his test.

• She smirked in response to a lame joke.

Grin is a word that is used to refer to a facial expression that reflects a beaming smile. When someone is smiling in an unrestrained manner with his mouth open and teeth visible, he is said to be grinning. Grin can be used both as a noun as well as a verb to indicate the act of smiling broadly. A grin can express amusement, pleasure, embarrassment, and some more emotions. Take a look at the following sentences to understand the meaning of the word grin.

• He had no option but to grin as he was in front of flashing cameras.

• She broke out into a grin when reminded about a pleasing memory from the past.

• The little boy continued to grin sheepishly even after he was caught stealing the cookies from the jar.

Smile is the most common of facial expressions that indicates a happy and content individual in a particular moment of time. When the word smile is used, it only reflects the fact of an individual giving this facial expression that is formed with raised corners of his mouth when he is happy or pleased with something or someone. One can smile with teeth covered, or he can smile with front teeth being exposed. A smile indicates approval and the fact that the individual is happy.

What is the difference between Grin, Smile, and Smirk?

• Of the three facial expressions, smile is the most generic one that indicates a happy individual.

• A grin is a broad smile that can be a result of a very happy feeling, embarrassment, sheepishness, or innocence.

• A smirk is a derisive smile that expresses smugness and scorn.

Difference Between Laugh and Smile 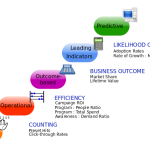 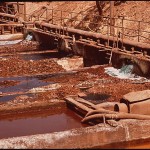 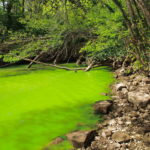