Gyros and Souvlaki are two similar dishes having Greek origins. Both are prepared using meats and vegetables and have many similarities in appearance and taste that make tourists confused. This article attempts to make clear this confusion by highlighting the differences between a gyro and a Souvlaki.

Gyro or gyros are Greek delicacies that are prepared with meat that is roasted and served inside a bread to make it a sandwich. Tomatoes, onions, and sauces are used generously to add to the taste and aroma of gyros. Meat pieces are sliced and roasted by keeping them close to an electric broiler. Meat pieces keep rotating as the spit to which they are attached keeps moving. The meat pieces when they are well cooked are placed inside pita bread that has been oiled and grilled itself along with onions, tomatoes, and sauces. The reason why it is referred to as gyro is because the meat keeps moving round and round on a spit that is vertical.

Souvlaki is a dish of Greek origin that contains meat pieces that have been skewered and grilled. These roasted meat pieces are served on either pita bread or over a bowl of cooked rice. The meat can be pork, lamb, or even beef. Souvlaki is considered a fast food dish in Greece as meat pieces are kept ready on the skewer and given to the customer placing them on bread garnished with sauces and sometime fried potatoes. The word Souvlaki literally means skewer in Greek.

• Souvlaki is a fast food dish of Greek origin, whereas gyros are traditional delicacies of Greece.

• The word Souvlaki itself literally means a small skewer in Greek

• Souvlaki translates into small skewer, and it is actually small chunks of meat pierced by a wooden stick that we hold in our hand

• When people say they want to have Souvlaki, they mean pita with either Souvlaki or gyros inside 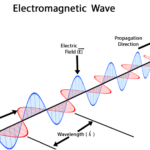 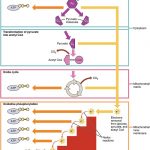