H2O, which is known to all as water, is something without which we cannot live. Two hydrogens are covalently bonded to oxygen to form water. The molecule gets a bent shape to minimize the electron lone pair-bond repulsion, and the H-O-H angle is 104o. Water is a clear, colorless, tasteless, odorless liquid, and it can be in various forms such as mist, dew, snow, ice, vapor, etc. Water goes to the gas phase when it is heated above 100 oC at the normal atmospheric pressure.

Water is truly a wonder molecule. It is the most abundant inorganic compound in living matter. More than 75% of our body composes of water. It is a component of cells, act as a solvent and reactant. Water is a liquid at room temperature, although it has a low molecular weight of 18 gmol-1. The ability of water to form hydrogen bonds is the unique characteristic it has. Single water molecule can form four hydrogen bonds.  Oxygen is more electronegative than hydrogen, making the O-H bonds in water polar. Because of the polarity and the ability to form hydrogen bonds, water is a powerful solvent. It is known as a universal solvent due to its capability in dissolving a large number of materials. Further, water has a high surface tension, high adhesive, cohesive forces. Water can withstand temperature changes without going to the gas or solid form. This is known as having a high heat capacity, which in turn is important for the survival of living organisms.

Peroxides are produced as a by-product of various chemical reactions or as an intermediate. This type of reactions happens inside our bodies too. Peroxide has toxic effects inside our cells. Therefore, they have to be neutralized as soon as they are produced. Our cells have a special mechanism for that. There is an organelle called peroxisomes in our cells, which contain the catalase enzyme. This enzyme catalyses the decomposition of hydrogen peroxide into water and oxygen; thus, do a detoxification function. Hydrogen peroxide has hazardous properties like decomposition to oxygen and water with evolution of heat, decomposes due to contamination or contact with active surfaces, increases inside the containers due to the formation of oxygen pressure, and it also can form explosive mixtures. Bleaching action of hydrogen peroxide is due to oxidation and release of oxygen. This oxygen will react with coloring matter, to make it colorless.

Other than for bleaching, H2O2 is used an oxidant for rocket fuel, for production of epoxides, pharmaceuticals and food products, as an antiseptic, etc. Hydrogen peroxide is stored in paraffin wax coated glass, plastic or Teflon bottles.

Difference Between Peroxide and Hydrogen Peroxide

Difference Between Water and Vinegar 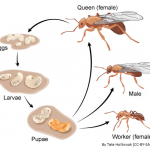 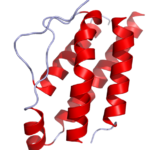