We require the services of a hairdresser frequently in life as our hair continue to grow and need a cut every now and then. Hair can grow and make it difficult for us to manage them. They can also mar our personality if they are not set or styled according to the latest fashion. In many places, the person who cuts hairs is also referred to as a barber. This confuses many as they cannot differentiate between a barber and a hairdresser. This article attempts to find out the differences between a barber and a hairdresser.

A person who gets training to cut, style, and wash other people’s hairs is called a hairdresser. A hairdresser can be a male as well as a female. It is a universal term that can be applied to a person whose occupation is to give new styles to other people’s hair and to cut and maintain them. The term is used interchangeably with hairstylist and the professional can be seen working in salons, parlors, movie sets, and other fashion events where he or she, not just cuts and styles hairs, but also colors, washes, shampoos, and gives many other treatments to them.

Barber is a term that is traditionally applied to professionals who are trained in cutting men’s hair. However, the term is used to describe the expert who looks after other grooming needs of men such as shaving, trimming of beards, maintaining moustaches. The profession of a barber is very old and they have been there looking after grooming needs of men since ancient times.

What is the difference between Hairdresser and Barber?

• Barber is an older term than that of a hairdresser.

• Both barbers and hairdressers cut and style hairs of other people though barbers specialize in cutting hairs of men.

• Barbers look after other grooming needs of men such as shaving, beard trimming, moustache cutting and thinning, and so on.

• Hairdresser is a term that is unisex and the professional can be a man or a woman.

• A hairdresser is also called a hairstylist, and he has the license of a barber or a cosmetologist.

• Many barbers today prefer to be called hairdressers as the term applies to professionals who can color, shampoo, and also give many other treatments to hairs.

Difference Between Medical Examiner and Coroner

Difference Between Professor and Lecturer

Difference Between Officer and Executive 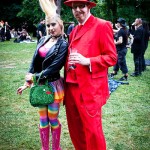