Hamster and gerbil are both classified as rodents but in different families. Their appearances with many other morphological and behavioural characteristics vary from each other. However, many think that hamsters are a group of gerbils, and that is not correct at all. Therefore, it would be important to go through some information related to both hamsters and gerbils and those are discussed in this article.

Hamster is any of the 25 species of the Family: Cricetidae of Order: Rodentia. They are nocturnal and burrowing animals. During the daytime, hamsters hide in their underground burrows, so that they can prevent from the predators. They are stout bodied animals, and the pouches on the either side of the head are used to store food to use later. Hamsters are solitary animals; they do not show much social behaviour, and prefer not to live in groups but solitarily.

Hamsters have a short tail with short stocky legs and small furry ears. They have different colourations on their coat. Hamsters have poor vision and colour blind animals. However, they have strong smelling and hearing senses. Hamsters are omnivorous in their food habits. They are not much active animals and can be easily bred in captivity. However, they are seasonal breeders in wild conditions. The lifespan of hamsters in wild could be about two years, and more in captivity.

Gerbil is a small rodent mammal of the Family: Muridae. There are more than 110 species of gerbils, sand rats, and jirds worldwide under the Subfamily: Gerbillinae. They live in deserts, and their common name Desert Rat is used because of that. Gerbils are usually small with about 150 – 300 millimetres long bodies (from the tip of the nose to the tip of the tail); however, the Turkmenistan Great Gerbil (Rhombomys opimus) is over 400 millimetres long. Their average weight is about 2.5 ounces (about 70 grams).

Gerbils are social animals living in clans, and they use the scent of others to identify the group members. They are so particular about their clan members’ scents and it might even end in a severe attack against the alien members. Therefore, when they are raised in captivity, as pets, gerbils from one litter should be cared for separately using the Split Tank Method. An interesting feature of gerbils is their reproductive behaviour. When they mate, they keep doing it for several long hours with the female being chased for some time followed by a short burst, and it goes for many times in one breeding. In captivity, gerbils have been selectively bred to obtain them in different colouration patterns.

What is the difference between Hamster and Gerbil?

• Gerbil has a longer tail than hamster does.

• Hamsters have furry ears and stocky legs, but gerbils have small, skinny legs with unfurred ears.

• Gerbils are sometimes nocturnal but mostly diurnal, whereas hamsters are usually nocturnal or crepuscular.

• Gerbils take short sleeps and play awhile, whereas hamsters sleep all day and work all night.

• Hamsters are often alarmed and tend to bite while gerbils do not bite often.

Difference Between Mouse and Hamster

Difference Between Guinea Pig and Hamster

Difference Between Rat and Hamster

Difference Between German Spitz and Pomeranian 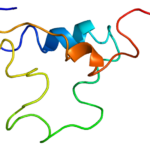 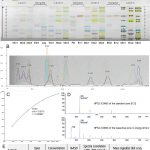 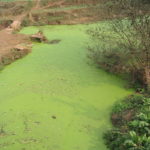 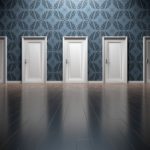