Most of us have heard about harbours and ports and think we know what they are. Though they may serve similar purposes, there are many differences between a harbor and port that will be talked about in this article. Ports are commercial places along the coastline that are used for import and export of goods and cargo from one country to another. One can relate a port with an airport where airplanes arrive and depart. On the other hand, a harbour can be a man made or a natural feature connecting a piece of land with a large water body that is mainly used to provide shelter to ships and vessels from bad weather. Harbours are used for safe anchorage of ships. Natural harbours are surrounded by land on most sides but have an entrance point to the sea.

When harbours are artificially created, they serve as ports. In ancient times, places that had natural harbours were of strategic importance for the purpose of trade between countries. These were the places where some of the most important cities were built in those times. Ports are mostly manmade, and their location along the coastline is chosen where the water is navigable and also close to land facilities and infrastructure. There are cases where ports have been lost because of coastal erosion.

One point to remember is that ports are built inside harbours but there are harbours not used as ports also. The major purpose served by ports is loading and unloading of cargo ships while harbour is utilized mainly for providing safe parking or anchorage to ships. Ports are commercial entities and are very large having many facilities like buildings and warehouses for storing goods after unloading the ships and a well built transport system like a railway or roads to carry goods deep inside the country after their arrival and unloading on the port.

Difference Between Freight Forwarder and Broker 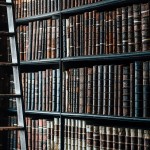 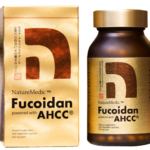