Home / Public / Government / Difference Between Head of State and President

Head of State vs President

In most countries of the world, there is a person who is deemed to be the highest ranked official of that country. This person is called the Head of State and represents the country at all international level summits. His name appears at the top in the list of public representatives, and he legitimizes the state in the eyes of other countries of the world. A Head of State has many roles and responsibilities to perform that are granted to him according to the constitution of that country. A head of state is considered the top leader of a country who embodies the spirit of his country at international forums. He is the all-important person when he is also the head of the government as in the United States of America, but is merely a symbolic head as is the case with India where the President does not have the real power and it vests in the Prime Minister of the country.

President of a country is the highest leader of that country though this is not always so as is seen in parliamentary democracies such as the UK and many other countries of the Commonwealth. There are Presidents of organizations also, but in common parlance, the title is reserved for the heads of states of most countries of the world. In countries with a Presidential system of governance, the President is the head of the state and also the head of the government such as in US, but in parliamentary democracies like India, the President is only a ceremonial head as the reins of government lie in the hands of the Prime Minister who happens to be the leader of the largest political party with the highest number of seats in the lower house of the parliament.

What is the difference between Head of State and President?

• In countries with Presidential system of governance, the head of state and the President are two posts held by a single person

• In countries with parliamentary democracies and also in monarchies like Sweden and Japan, the head of state and the head of government are two different persons.

• In such countries, the monarch or the President happens to be the ceremonial head of state, whereas real power vests in the leader of the cabinet

Difference Between Dictatorship and Monarchy

Difference Between Head of State and Head of Government 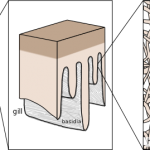 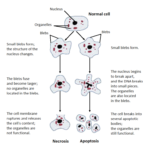 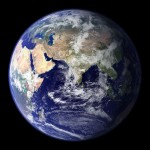