The two terms have been used synonymously before the mid-years of the last century. However, hermaphrodite and intersex have been explained in the scientific literature, so that, it would be convenient to understand the difference between those. This article summarizes the most interesting and important facts about both hermaphrodite and intersex to digest the facts easily for the reader.

There are two main types of hermaphrodites, known as Sequential and Simultaneous, based on the periods that their sexual activities take place. Either one of the two sexes becomes active in a particular time while the other reproductive organs are inactive. Birds and fish are sequential hermaphroditic animals while there are many plant species belonging to this type. Simultaneous hermaphrodites have both male and female reproductive systems active at once, but the self-fertilization has been usually avoided. From the animal world, Earthworms provide good examples for simultaneous hermaphrodites. There are pseudo hermaphrodites like hyenas, as well. When it comes to human hermaphroditism, it is mainly known as intersex, yet the phenomenon is a disorder in humans.

Intersex is a condition in humans where the sexual characteristics are varied from the normal male and females through chromosomal imbalances. The normal chromosomal genotypes of the sexual phenotypes in male and female are XY and XX respectively. However, the chromosomal makeup is altered in human intersex individuals. In intersex individuals, it is not only about the alterations in the genotypes, but also the genital ambiguity and sexual phenotypes are involved. One of the most common happenings is that a person is considered as a son or a daughter, but there will be a change in sex with age. Some authors describe the intersex condition could take place in more than 40 types in humans with Androgen Insensitivity Syndrome (AIH), Congenital Adrenal Hypoplasia (CAH), and Turner Syndrome (TH) being the three most common among those.

The intersex individuals are usually not reproductively viable as they do not have the optimum conditions to sustain the life of another inside their bodies. It would be important to state that the term intersex seems to be going to fade in usage, yet it would be replaced with Disorders of Sexual Development (DSD).

What is the difference between Hermaphrodite and Intersex?

• The presence of both male and female reproductive characteristics in one individual is involved in both, but hermaphrodite is a natural condition while intersex is a disorder.

• Hermaphrodites are viable for reproduction while intersex individuals are usually not.

• One individual could become a father for one and mother for another in hermaphroditism, but intersex individuals are incapable of such triumphs.

Difference Between Mesoderm and Mesenchyme

Difference Between Rainforest and Grassland 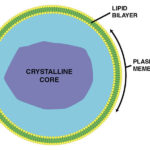