Tea is a popular beverage in the world and with it has come many a meal traditions. High tea and afternoon tea are two such practices that revolve around tea, and it is common for individuals to get somewhat confused between the two. While most characteristics with regards to the two are somewhat similar, there are certain factors that make them unique in their own right.

What is High Tea?

High tea, a working class English meal that gained popularity during 1600s, is typically eaten around 5 PM and 6 PM, sometimes serving as a substitute for afternoon tea and the evening meal. The term ‘high tea’ comes from the meal being consumed from the main dining table or a “high” table as opposed to the smaller lounge (low) table usually utilized for serving tea.

Also, often called meat tea, high tea is a heavy meal consisting of dishes such as steak and kidney pie, baked goods such as crumpets or, in Ireland, barm brack, fish dishes such as pickled salmon, vegetables such as onion cakes or potatoes and other heavy foods such as cheesy casseroles and baked beans. While cold meats, fish and eggs, cakes and sandwiches are integral to the meal, pastries, fruits, cookies and other delicacies too are served. However, overtime, this meal has become replaced by a more substantial meal later on in the day and is no longer a daily standard.

What is Afternoon Tea?

Also referred to as low tea, afternoon tea is a light meal that is typically taken around 4 PM. The meal gets its name for being served on lounge tables or “low” tables, as opposed to the main dining table which is quite high. Usually involving table manners, delicate china and dainty delicacies such as cakes and a variety of sandwiches, historically afternoon tea was considered to be a ladies’ social occasion and even today, afternoon tea is enjoyed by women more than men.

During afternoon tea, tea is served in a teapot with milk and sugar accompanied by a variety of sandwiches such as cucumber, tuna, egg and cress, smoked salmon and ham as well as scones, pastries and cakes. Although afternoon tea used to be an everyday event in the olden days, it is now a discontinued tradition, occasionally amounting to a treat in a cafe or a shop nowadays.

What is the difference between High Tea and Afternoon Tea?

Although both meals revolve around the concept of having tea, high tea and afternoon tea are two different meals that share certain differences that aid in telling them apart.

• In the olden days, afternoon tea was more of a ladies’ social occasion that involved table manners, delicate china and lace.

• High tea was more of a working class meal that served as a substitute for afternoon tea and evening meal.

• Afternoon tea consists of light snacks such as cakes, pastries, scones and sandwiches.

• High tea consists of heavier items such as meats, fish and other heavy food such as potatoes and cheesy casseroles.

• Afternoon tea also referred to as low tea was typically served on low lounge tables. High tea gained its name because it was served on the main dining table which was quite high.

Difference Between Fajitas and Burritos

Difference Between Free Range and Organic 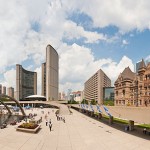 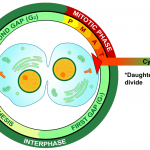