What is Honda Civic?

Civic is manufactured by Honda, a Japanese company well known in most if not all parts of the world. Unlike most compacts, the Civic has an upper and lower A-arm. This feature is common among larger cars but not in compact ones. Civic is also a multi-awarded car having been awarded as “The Car of the Year” at least two times in Japan in addition to many awards received in other countries.

The Honda Civic was given a face lift recently and the new Civic features a more elegant look. The smallest Honda engine is 1.3L and majority of the cars are powered by 1.8L, 103kW petrol engines and 2.0L, 114kW is used in sports Sedan. However, user reviews opine few places to improve like the headroom at the rear seat.

What is Mitsubishi Lancer?

The Lancer is a small family car designed and manufactured by Mitsubishi. When it first came out in the market, it was not able to impress the consumers and they were usually sold in discounted rates. However, as Mitsubishi brought out the following generations, it is evident that they are on the path to improvement. The newer models with 2.4L engines have higher end features such as key-less ignition. Lancer is certainly an affordable car. User reviews have that its fuel consumption is in upper ranges, 2.0L doing 7.7L/100km and 2.4L doing 8.9L/100km.

What is the difference between Honda Civic and Mitsubishi Lancer?

Purchasing a compact car can be such a headache. However, there are a few key things one needs to know so that making a decision will not be as hard as it seems. First, one should think about their priority, is it how fast the car is, or how comfortable and high end the car is. Sometimes the manufacturer tells it all.

Civic is manufactured by Honda while Mitsubishi is from Mitsubishi Motors.The Civic is more appropriate for the performance-oriented while Lancer fits those who love the aesthetic aspect of the vehicle.Lancer is cheaper than Civic.These two cars mainly differ in terms of the manufacturing companies. They may look somewhat alike on the outside, but their components inside and under their hoods are totally different.

• Civic is produced by Honda; Lancer is manufactured by Mitsubishi Motors.

• The first Civic models gained much attention when they were named “Car of the Year” in 1973 and the following year; on the other hand, the early Lancer did not make any impact in the market.

• Civic is more fuel efficient, but when it comes to price, Lancer is cheaper. 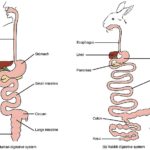 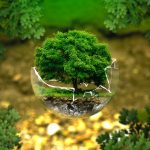 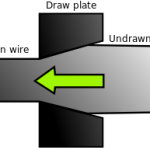