Honors and Masters are the names of degrees both at the bachelor’s and master’s level. This is confusing for many as they do not know what it means to have a B.Sc. or B.Sc. honors. Students feel they should go for an honors degree rather than a simple or plain undergraduate or master’s level degree. This article attempts to make clear the difference between an honors and a master’s degree for the benefit of the readers.

Master’s is a university degree that is obtained by students interested in pursuing higher studies beyond the undergraduate level degree. After 10+2, students enroll for bachelor’s level degree which is a three year degree course designed to impart basic knowledge in a few subjects whether they belong to humanities, science, or commerce streams. Thus, a bachelor’s degree is an undergraduate degree in science (B.Sc.), arts (B.A) or commerce (B.Com.). These students, when they choose to study further, have to complete their master’s level degrees in a chosen subject in science, arts, or commerce stream. Thus, a student may do a M.Sc. in physics, an M.A in history, or M.Com. in commerce. The same applies to a student completing MBA when he becomes a master in business administration.

‘Honors’ is a system of grading used in university level degrees used in UK and many other countries of the Commonwealth. When a student completes his bachelor’s or master’s level degrees with honors, it means that he has passed with distinction and obtained marks in a higher category than most students in the class. Thus, there is 1st class, 2nd class, and third class with honors as a system of grading for students having obtained their master’s level degrees in honors. This distinction gets mentioned in the degree or the diploma that is provided to the student upon completion of the course.

In US, there is a similar system in practice called Latin Honors that signifies a student having completed his degree with distinction.

What is the difference Between Honors and Masters?

• An honors degree is not a different degree. It is a system of grading that signifies that a student has completed his degree with distinction.

• Master’s is a university degree that is obtained by students interested in pursuing higher studies beyond the undergraduate level degree.

• A meritorious or hard working student is rewarded with an honors degree in UK and many other commonwealth countries. In US, there is a different but similar system in place that gives out Latin Honors degrees.

• When a student gets an honors degree, he is entitled to make use of the suffix Hons in front of his degree such as BSC (Hons)

• First class honors is the highest level of honors degree

Difference Between PhD and Masters

Difference Between LPN and RN

Difference Between BA and BBA

Difference Between BBA and BCA 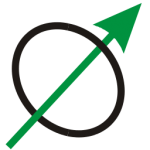 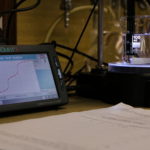 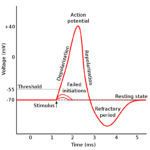