Chorus is a word that most of the readers are familiar with as they have listened to the choir where more than a singer performs as a group in a church. This choir where many singers perform in unison is also known as chorus. However, chorus of a song refers to the words or phrase that is often repeated in the song. This is just one form of song writing as there are many more that have to be kept in mind. One such form of song writing is hook. Many budding songwriters remain confused between chorus and hook as they do not clearly understand the differences between chorus and hook as structures of a song. This article attempts to highlight these differences for the benefit of the readers.

Chorus is a word that means refrain or repetition in a song of words or phrases in a rhythmic manner. So the lines that are repeated often in a song are called its chorus. Chorus happens to be a part of a song that is very appealing to the listener as it contains the main theme of the song. Sometimes the chorus contains the title of the song, as well. However, chorus is not a refrain as it is longer and contains several lines whereas a refrain has just two lines.

Chorus always has a greater intensity than the verse in a song and listeners easily relate with the chorus as it conveys the main message of the song. In most of the songs, chorus is followed by the verse. You know it is chorus when you get to it as it is normally louder than the verse and always repeats same words. Chorus has many parts like the refrain and hook. Chorus is the most appealing part of the song for the listeners, and it is that brings smiles to the faces and makes listeners sing the song.

If you find that you are singing that particular line of your favorite song over and over again, it means that line works as a hook for you. A particular line, the lyrics prove irresistible at times and a person is forced to sing a song. Lyric hook has the potential to make a person listen to the full song. Like a lyric hook, there can be storyline hooks, or sound hooks with a special effect that can mesmerize the listeners and make them hear the song again and again.

What is the difference between Hook and Chorus?

• Every song has a structure; chorus and hook are parts of this structure or form.

• Chorus is that part of the song that is a repetition of several lines in the same manner after the verse.

• Chorus is appealing to the listener, and it is louder than the verse.

• Chorus appears after the verse in the song.

• Hook is a part of the chorus and is very appealing to the listener.

• Hook makes a song irresistible for the listener.

• Hook can be a lyric, or it could be an instrumental hook.

Difference Between Radio Edition and Normal Edition in Music 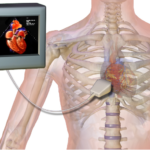 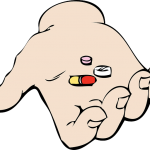