Both hormones and pheromones are signalling chemicals of organisms, especially in animals. However, plants also use hormones to maintain the growth rates, flowering, and fruiting. People including scientists use external features such as the number of scales, length of a body part, or something else to identify the animals of the same species. However, the animals do not have time to count the number of scales or the length of a certain body part to identify a same kind in the environment. They, in fact, make use of the pheromones, or they can detect the level of important hormones, to see whether the opposite sex-mate is willing to mate. Therefore, understanding hormones and pheromones mean a lot in the scientific world as well as outside it.

Hormone is a chemical mean of messaging inside the bodies of all multicellular organisms, where signals being passed from one place to another place of the body. Usually, the circulatory systems are used to transport those messages. Hormones are produced in glands and released into the circulatory system; after that, it acts on the target site. Depending on the type of gland that these are produced, hormones are of two types known as endocrine and exocrine. Endocrine hormones are directly released into the blood stream while exocrine hormones are released into ducts to travel through diffusion or circulation. It is interesting to notice that only a very small amount of the hormone is enough to change the entire metabolic activity of a tissue. There are specific receptors attached in hormones, so that it will not act on non-target cells. Most of the hormones are proteins, but there are three types (Peptides, Lipids, and Poly Amines) according to the consistency. Variations in the concentration of a particular hormone may change the whole body chemistry of an organism, and eventually it could lead to alter the behaviours of a particular individual. The males usually have higher amounts of testosterone concentrations than females, and that is a reason for males to be aggressive over females.

Pheromones are defined as the chemicals that are released to the exterior of animals those trigger social responses in the individual (s) of the same species. The important fact about pheromones is that those are able to act outside the body by influencing other individuals, as well. Pheromones are mostly proteins and similar to the structures of hormones. Therefore, there are instances where these are referred as ectohormones. Based on the function, pheromones are of two main types known as Aggregation Pheromones and Repellent Pheromones. Mate selection is one of the main functions of hormones, but deterring competitors and predators could be regarded as other means of these substances. Pheromones cause direct ecological changes in the form of behavioural alterations. 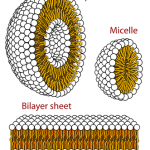