HTC has added another member, Evo Design 4G, to its Evo family. The new HTC Evo Design 4G, runs on Android 2.3 (Gingerbread). The display is 4 inch Super LCD with qHD resolution like in the Evo 3D, but it is smaller and not a 3D display. The thickness of the phone is 0.47 inch, same as HTC Evo 3D, but the other dimensions are slightly smaller, as the display is small. The processor speed is 1.2 GHz single core. The rear camera is a 5 megapixels one with 720p HD video cam. There is nothing much to boast neither about its specification nor the design. It is a typical HTC design, but it is a world phone. HTC has designed it more as an affordable 4G phone. It is available with Sprint for $99.99 only, half the price of HTC Evo 3D.

HTC Evo Design 4G is one of the newest and cheapest smart phones offered by Sprint. It is the fifth Evo member of the HTC Evo series. Evo Design 4G comes with new good-looking and affordable price. It has the brushed-steel looking material with rubber backing to make sure that users will not lose the grip. Unlike the previous Evo Designs, to remove the battery or microSD card you don’t need to remove the whole back plate, only a small panel need to be removed. HTC Evo Design 4G has the HTC sense interface featured, 4 inches Super LCD (960x 540 resolutions) qHD capacitive touch display, which is quite smaller than the other Evo models in the lineup.

HTC Evo 3D is an Android smart phone released by HTC from July 2011. The device was officially announced by HTC in quarter 1 of 2011. This is a device designed for those heavy smart phone photographers. If someone relies on their phone to take place of their point and shoot HTC Evo 3D might just be the smart phone for them. Let’s read on.

HTC Evo 3D is no small device with a height of 4.96” and a width of 2.57”. The device is slim with a thickness of 0.44”, although not ultra slim like many other phones in the market. Above dimensions makes the HTC Evo 3D quite portable but still allows impressive screen size. The device weighs 170 g with the battery and that make this incredible smart phone a little buggy than its contemporaries. However, one would understand the extra weight after reading the camera available on this device. HTC Evo 3D boasts a 4.3” Super LCD capacitive touch screen with 540 x 960 resolution. In terms of display quality, brightness and color saturation, the display on HTC Evo 3D appear similar to the HTC Sensation display. The display is protected by a layer of gorilla glass. HTC Evo 3D has an Accelerometer sensor for UI auto-rotate, Proximity sensor for auto turn-off and a Gyro sensor.

And now, to the most exquisite feature of HTC Evo 3D, the camera! At the back of the HTC Evo 3D a massive camera pod is fixed with two, 5 megapixel auto focus cameras. The camera button is located on the side of the device with the ability to switch between 2D mode and 3 D mode. These rear facing cameras come with dual LED flash. With these configurations are available images taken in 3 D seem to have a halo effect and it’s quite noticeable. Images taken in 2 D render the quality of a good 5 megapixel camera. These rear facing cameras allow video capturing at 720 P resolutions. One has to understand the 5 megapixel is achieved only in 2D photography. In 3D photography the effective megapixel value of these rear facing cameras is 2 mega pixels. HTC Evo 3D also includes a 1.3 megapixel, fixed focus color camera as a front facing camera allowing video conferencing.

HTC Evo 3D comes with Android 2.3 (Gingerbread). The user interface is customized using HTC Sense 3.0. Home screens on HTC Evo 3D comes with richer content such as friends’ stream and new visual designs. The active lock screen brings all interesting details in home screens without needing to unlock device. The browsing experience on HTC Evo 3D is fast and precise with good speed and has added support for Flash player. Social networking integration is tight in HTC Evo 3D just like in other HTC phones. The device is pre loaded with Facebook and Twitter applications specially designed for HTC Sense. Photo sharing/video sharing is made easy with Facebook, Flickr, Twitter and YouTube integration. Additional applications for HTC Evo 3D can be downloaded from Android marketplace and many other 3rd party android markets.

HTC Evo 3D has a 1730 mAh rechargeable battery. With 3G on HTC Evo 3D gives more than 7 hours of continuous talk time. For a battery of 1730 mAh, HTC Evo 3D performance in battery life is not very satisfactory. The battery life reportedly gets worse with all the photo shooting and videographer on 3D. 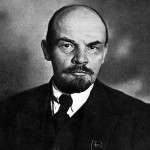 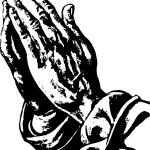