For long Apple captured the top slot in smartphones with its flagship iPhone series of phones. But not anymore, as is evident with the latest offerings from giant electronic firms like Samsung and HTC. Yes, I am talking about the stunning smartphone called Incredible S and Samsung Galaxy S2, both of whom are thoroughbred Androids loaded with latest features that are enough to make a claim to being one of the best smartphones in the market today. But how do these two stunning devices fare when pitted against each other? Let us make an unbiased comparison.

Do not go by its name and think that it is just an upgrade of the earlier ‘Incredible’ launched by HTC last year. Incredible S has some all new features though retaining some good features of Incredible and bettering some of other features. If you are looking for a smartphone that provides seamless browsing and a smooth multimedia experience, HTC incredible S is the phone you must have a look at.

Display is what most of the buyers first look at, and Incredible S does not disappoint in this feature, boasting of a large 4” touchscreen which is super LCD, capacitive, and provides a high resolution of 480x800pixels (WVGA). It can be said to be the best display produced by HTC so far. The phone runs on Android 2.2 Froyo which is a little surprising but manufacturers say they will soon come up with an upgrade to Gingerbread. It has a powerful 1 GHz CPU (Qualcomm Snapdragon) and Adreno 205 GPU. It has a solid 768 MB RAM with 1.5 GB ROM. It provides 1.1 GB internal memory that can be expanded up to 32 GB using micro SD cards. Coupled with the customary HTC Sense UI, the gadget provides a pleasing and seamless multimedia experience to the user.

The smartphone is a delight for those fond of taking photos. It has a powerful 8 MP camera at the rear that is auto focus with LED flash and geo tagging. It can record HD videos in 720p at 30fps. It also has a secondary front camera (1.3 MP) that allows for video calling and to capture self portraits that one can share instantly with friends on other social networking sites.

For connectivity, Incredible S is Wi-Fi 802.11b/g/n, DLNA, and GPS with A-GPS, EDGE, GPRS, HSPA and Bluetooth v2.1 with A2DP + EDR. It has full Flash support that makes browsing a breeze for the users. The phone has the capability to become a mobile hotspot.

Galaxy S2 is perhaps the flagship model from Samsung that is far ahead of all other models produced by the Korean electronics giant. For long, iPhones enjoyed the tag of being the slimmest smartphones in the world. But Galaxy S2 has usurped the throne being incredibly slim at just 8.5mm despite the fact that it possesses a very large screen (4.3inches). Hats off to the designers of this incredible looking smartphone who have left no stone unturned to pack this stunning device with all the latest and improved features.

To begin with, Galaxy S2 has dimensions of 125.3×66.1×8.49mm weighing just 116g, making it feel like a feather in the hands of the user. Perhaps this is a clever ploy to do away with all the metal and use plastic body instead. It has a screen of 4.3 inches that produces images at a resolution of 480x800pixels. The screen is super AMOLED Plus capacitive touch screen producing 16M colors that is vivid and bright.

The phone runs on the latest Android 2.3 Gingerbread with the new TouchWiz 4.0 and has a powerful 1.2 GHz dual core processor. It has more than enough 16GB of internal memory than can be expanded up to 32 GB using micro SD cards. It is packed with a solid 1GB RAM that makes multitasking easy. The phone is equipped with all standard features such as accelerometer, proximity sensor, gyro sensor and ambient light sensor. It has the standard 3.5mm audio jack at the top and also has stereo FM with RDS. The phone has HDMI mirroring, DLNA, Wi-Fi Direct, hotspot and Bluetooth v3.0 with network support for GSM, EDGE, GPRS and HSPA+.

The phone is a dual camera device with rear 8MP camera that is auto focus and has LED flash. It is capable of recording HD videos in both 720p and 1080p. Even the secondary camera is a powerful 2 MP one that takes clear and sharp self portraits and also allows video calling and chatting. 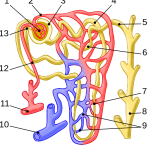