Sometimes, in order to evolve and innovate, the rivalry between competitors is essential. If that is not the case, the market is bound to stagnate in the same position for longer times. Both, HTC and Motorola, have been one such pair of rivals in the smartphones industry. They constantly impress their customers by mixing cutting edge technology in their devices. The HTC Rezound and Motorola Droid Razr are two new additions to the mobile market by these families. Both phones were released in November 2011 making them the new kids in the block. HTC Rezound is aimed at CDMA market while Razr comes for CDMA market as well as GSM market. We can start off this review by mentioning that both of these phones are killer phones and in the best percentile of the mobile phone spectrum. Let us look at the finer details of these two killer whales.

Just like any other HTC, Rezound also comes with the same look and feel. Rezound has become a little bulky though having a thickness of 13.7 mm. It comes with a black expensive looking cover which is comfortable to hold and operate with the smoothly curved edges it has. Rezound features a 4.3inches S-LCD Capacitive touchscreen with 16M colors. I have to confess; I am impressed with the resolution it offers. When I had my first PC, it only had a monitor with 800 x 600 pixels resolution. This beast features a resolution of 720 x 1280 pixels, which is still used as a standard resolution even in PCs. You can imagine how powerful the GPU is to accommodate that. It also has ultra-high pixel density of 342ppi, which exceeds that of Apple iPhone 4S and just might be the screen with the highest pixel density. What does this imply? Well, it means that Rezound would have an unbeatable display quality with crisp sharp images. The fonts would be razor sharp and highly readable, and any possibility for a smudginess to occur is thrown away with that.

HTC Rezound comes with a 1.5GHz dual-core Scorpion processor with an Adreno 220 GPU and Qualcomm MSM 8660 Snapdragon chipset. Having a 1GB RAM boosts its performance considerably. Rezound comes with 16GB worth of internal storage while it can be expanded up to 32GB using a microSD card. Android Gingerbread v2.3.4 OS enables amazing user experience by managing the cutting edge hardware seamlessly. HTC has made a lot of effort to enhance the audio functionalities of Rezound and I assume that is from where it gets the name. HTC promises Studio Crisp sound with beats audio technology and headphones. It has introduced the new Beats Audio digital signal-processing mode to deliver thundering bass, soaring mid range and crisp highs! They guarantee an immersive and epic music experience from Rezound, which would not be an overstatement considering the technical specifications.

Rezound promotes super-fast browsing speeds with LTE 700 4G network of Verizon. It also has Wi-Fi 802.11 a/b/g/n for continuous connectivity and the ability to act as a hotspot enables Rezound to be used for a variety of purposes. It comes with an 8MP camera with auto focus and dual-LED flash, touch-focus, image stabilization and face detection. Not only that, but the camera comes with a panorama mode and an Action Burst mode for instant photography. It can capture 1080p HD videos @ 30 frames per second, as well as 720p HD videos @ 60fps. HTC Rezound comes with A-GPS, and that enables Geo-tagging feature of the camera, as well. The generic HTC sense UI has been updated to v3.5 and offers enhanced user experience by extended configurability of the on screen functions and increased sensitivity.

Rezound is not only about sound either. It has a TV-out via MHL A/V link and a digital compass, Gyro sensor, proximity sensor and an Accelerometer. It comes with microUSB v2.0 for fast data transfer between the device and the PC. HTC has included a 1620mAh battery in Rezound which enables it to score 6 hours and 24mins of talk time.

You think you have seen thin phones; I beg to differ, for we are going to talk about the thinnest 4G LTE smartphone. Motorola Droid Razr features a thickness of 7.1 mm, which is unbeatable. It measures to 130.7 x 68.9 mm and has a 4.3 inches Super AMOLED Advanced Capacitive Touchscreen featuring a resolution of 540 x 960 pixels. It has comparatively low pixel density than the HTC Rezound, but it sure scores good compared to other smartphones in the market due to its brightness with vivid colors . Droid Razr boasts a heavy build; ‘Built to take a Beating’ is how they put it. Razr is shielded with KEVLAR strong back plate, to suppress onslaught scratches and scrapes. The screen is made up of Corning Gorilla glass that defends the screen and a water-repellent force field of nano particles are used to shield the phone against water attacks. Feeling impressed? Well I sure am, for this is military standard safety for a smartphone.

It doesn’t matter how much it’s reinforced outside, if it’s not reconciled inside. But Motorola has delicately undertaken that responsibility and come up with a set of high-end hardware to match the outside. It has a 1.2GHz dual-core Cortex-A9 processor with a PowerVR SGX540 GPU on top of TI OMAP 4430 chipset. The 1GB RAM boosts its performance and enables the smoothness of operation. Android Gingerbread v2.3.5 takes the full throttle of the hardware offered by the smartphone and binds the user to an awesome user experience. Razr has an 8MP camera with auto focus and LED flash, touch focus, face detection and image stabilization. Geo-tagging is also enabled with assisted GPS functionality available in the phone. The camera can record 1080p HD videos @ 30 frames per second, which is great. It also accommodates smooth video calling with the 2MP camera and Bluetooth v4.0 with LE+EDR.

Motorola Droid Razr enjoys ferociously fast network speeds using Verizon’s turbo-boosted 4G LTE speeds. It also facilitates the Wi-Fi connectivity with the built in Wi-Fi 802.11 b/g/n module, and can act as a hotspot too. Razor has an active noise cancellation with dedicated mic and a digital compass. It also has a HDMI port which is a very valuable edition as a multimedia device. It does not boats of completely redesigned sound system like that of Rezound, but Razr does not fail to exceed expectations in that too, only not as much as HTC Rezound for obvious reasons. But Motorola has promised an amazing talk time of 12 hours 30 mins with a 1780mAh battery for Razr and that certainly exceeds expectations in any case for a large phone like this.

It is going to be difficult to say which the best phone is; both are awesome phones. If you are a headfast music fan and a tech savvy person with a passion for high-end phones, HTC Rezound is your choice. Rezound gives a wonderful audio experience to any user and your investment would not be in vain. Since Rezound and Razr come under the same price tag, the differentiating factor for the Motorola Droid Razr would be its strength while being ultra slim. The KEVLAR back plate truly adds edge to the device and if you are a tech savvy, yet you do not want to take extra precautions to protect your phone, Motorola Droid Razr is your ideal choice. The extended battery life and the talk time is an eminent advantage for Motorola Droid Razr in this context. 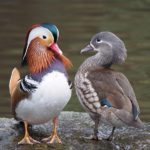 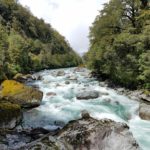 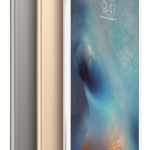