HTC Sensation and Samsung Galaxy S2 (Galaxy S II) are two next generation smartphones with high end features. HTC Sensation was previously known as HTC Pyramid. Both have dual core processors, 4.3 inches displays, 8MP dual flash cameras and run Android 2.3.3 (Gingerbread). While Samsung is using its own Exynos 4210 chipset that includes 1GHz dualcore Cortex A9 CPU with ARM Mali-400 MP quad core GPU, HTC Sensation uses the same chipset it is using in Evo 3D; Qualcomm MSM8660 Snapdragon chipset that consists 1.2GHz dual core Scorpion CPU and Adreno 220 GPU. Samsung Galaxy S2 also has the 1.2 GHz option. Both the processors are designed to deliver high performance with accelerated graphic reproduction while consuming low power. It is WVGA (800 x 480) super AMOLED plus display used in Galaxy S2 while HTC Sensation uses QHD (960 x 540) super LCD display. There is difference in the RAM size too, Galaxy S II has 1GB RAM while it is 768 MB in HTC sensation. Also the internal memory is different. There are few other small differences too, other than that both have similar specs. So, both HTC and Samsung bring in the differentiation in their handsets through the user interface and the applications integrated to the system. HTC Sensation uses HTC Sense 3.0 for user experience and it is TouchWiz 4.0 in Galaxy S II. Both have given a new look to the home screen and replaced the widgets with live panels. Galaxy S2 home screen and live panels look more appealing.

If you are desirous of the latest Android based smartphone with a large display that is also fast and efficient in performance, HTC Sensation is another choice for you. This is a high performing smartphone that is powered by a 1.2 GHz dual core processor and features a huge 4.3” qHD display at a resolution of 960 x 540 pixels using Super LCD technology. The processor is a second generation Qualcomm MSM8660 Snapdragon chipset (same processor used in Evo 3D) that consists of 1.2 GHz dual core Scopion CPU and Adreno 220 GPU, which will deliver high speed and performance efficiency while eating less power.

For connectivity, Sensation is Wi-Fi 802.11b/g/n, Bluetooth v3.0 with A2DP and compatible with 3G WCDMA/HSPA networks.

The phone is available for the global market. The US version is called HTC Sensation 4G and exclusively available with T-Mobile. 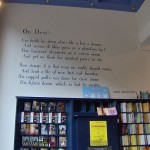