HTC has announced a larger and slimmer version of HTC Sensation XE called Sensation XL with Beats Audio. The Sensation XL is larger and slimmer than Sensation XE, and comes in white colour. It features a 1.5 GHz processor and 4.7″ display, and it is 9.9 mm thick. Dr Dre’s Beats ultra light headset with Beats Audio application is the main attraction of Sensation XL. Sensation XL will be available in the EMEA and Asia Pacific market starting from early November 2011. Apple released iPhone 4S on 4 October 2011, and it will be available from 14 October 2011. The external appearance of 4S seems identical to iPhone 4. The much anticipated iPhone 5 has been delayed for 2012 release. iPhone 4S is the first dual core smartphone from Apple. Siri is a new feature in iPhone 4S; it is an intelligent assistant that enable user to manage the phone with voice. iPhone 4S will be compatible with wide range of networks. It will be available in US for all major carriers except for T-Mobile. iPhone 4S carry a price tag similar to that of iPhone 4 at release; 16 GB model is priced at $199, and 32GB and 64GB are price $299 and $399 respectively, on contract. Apple has brought down the prices of iPhone 4; now it is in the range of $99 -$199.

HTC Sensation XL is 5.22” tall, 2.78” wide and 0.39” thick. The device comes in white colour; strange colour code for an entertainment phone . With battery the device weighs 162.5 g. HTC Sensation XE has a 4.7” Super LCD, capacitive touch screen with 16 M colours. The screen resolution is WVGA 480×800 pixels. The device also has Accelerometer sensor for UI auto-rotate, Proximity sensor for auto turn-off and a Gyro sensor. The user interface on HTC Sensation is customised with HTC Sense.

HTC Sensation XL has a 1.5 GHz Qualcomm snapdragon processor, but it is not dual core, and the RAM size is 768 MB. The device comes with 16 GB internal storage (12.64 GB available for user storage). As HTC claims it as a multimedia super phone, everyone would have expected a card slot for storage expansion. But HTC Sensation XL does not support storage expansion. In terms connectivity the device supports Wi-Fi, Bluetooth, 3G connectivity as well as micro-USB.

HTC Sensation XL is a unique multimedia phone. The device comes with Beats audio and custom made Beats headsets and specially customized music application to take the full advantage of the cool headset. The FM radio support is also available on the device. HTC Sensation XL supports audio playback for formats such as m4a, .mp3, .mid, .ogg, .wav, .wma (Windows Media Audio 9). The audio recording format available is .amr. In terms of video playback formats, .3gp, .3g2, .mp4, .m4v, .wmv (Windows Media Video 9 and VC-1) are available while video recording is available on .3gp and .mp4. With the high end hardware configurations and the 4.7” screen HTC Sensation XL will be very user friendly for gaming as well. 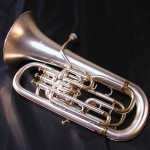