HTC Thunderbolt and HTC Desire HD are two excellent Android phones from HTC, both have 4.3 inch screen, 1GHz processor, 8 MP camera,  768MB RAM and run Android 2.2 (Froyo) with improved HTC Sense. However HTC Thunderbolt is the first phone to experience the 4G-LTE speed whereas HTC Desire HD is a 3G phone. The processor also different though the speed is 1GHz in both. The chipset in HTC Thunderbolt is the second generation Qualcomm MSM 8655 Snapdragon in tandem with MDM 9600 multimode modem (supports LTE/HSPA+/CDMA). MSM 8655 chipset has 1GHz Scorpion ARM 7 CPU and the GPU is Adreno 205. The processor performance is rated higher than the first generation Qualcomm 8255 Snapdragon processor in HTC Desire HD. With Adreno 205 GPU you can expect an enhanced graphic acceleration too. The other differences are the internal memory (HTC Thunderbolt – 8GB + 32GB and Deisre HD – 1.5GB), front facing camera (not available in HTC Desire HD), HDMI out, and internet calling with integrated Skype Mobile.

The HTC Thunderbolt with 4.3 inches WVGA display is made powerful to support the 4G speed with 1GHz Qualcomm MSM 8655 processor in tandem with MDM9600 modem for multimode network support and 768 MB RAM. This handset has 8megapixel camera with dual LED flash, 720p HD video recording in the rear and 1.3megapixel camera in the front for video calling. The phone runs on Android 2.2 (upgradeable to 2.3) with HTC Sense 2 that offers fast boot and enhanced personalization option and new camera effects. It also has an internal storage capacity of 8 GB and preinstalled 32 GB microSD and built in kickstand for handsfree media viewing.

Qualcomm claims that they are the industry first to release LTE/3G Multimode Chipsets. 3G multimode is required for ubiquitous data coverage and voice services.

With 4.3 inches WVGA display, high speed processor, 4G speed, Dolby Surround Sound, DLNA streaming and kickstand for hands free viewing HTC Thunderbolt will give you the pleasure of live music environment. HTC Thunderbolt has integrated Skype mobile with video calling, you can make video call easily like a standard voice call. And with the mobile hotspot capability you can share your 4G connection with 8 other Wi-Fi enabled devices. The featured applications on Thunderbolt include 4G LTE optimized apps such as EAs Rock Band, Gamelofts Lets Golf! 2, Tunewiki and Bitbop.

The phone hits the market on 17 March 2011 and is sure to catch the eyes of many, especially those who are obsessed with speed. In the US market, HTC Thunderbolt has an exclusive tie up with Verizon. HTC Thunderbolt is the first 4G phone to run on Verizons 4G-LTE network (Network support LTE 700, CDMA EvDO Rev.A). Verizon promises 5 to 12 Mbps download speeds and upload speeds of 2 to 5 Mbps in 4G Mobile Broadband coverage area. Verizon is offering Thunderbolt for $250 on a new two year contract. Customers have to subscribe to a Verizon Wireless Nationwide Talk plan and a 4G LTE data package. Nationwide Talk plans starts from $39.99 monthly access and an unlimited 4G LTE data plan begins at $29.99 monthly access. Mobile hotspot is included through May 15 for no additional charge.

HTC Desire HD is an excellent multimedia phone with its 4.3” LCD display and Dolby Mobile and SRS virtual sound, an 8-megapixel camera with dual-flash and the capability of 720p HD video recording and stream it on to a bigger screen via DLNA. It was the first HTC phone to come with the 1GHz Qualcomm 8255 Snapdragon processor and has 768 MB RAM. Pinch to zoom and tap to zoom with multi window view and integrated Adobe Flash Player gives a seamless browsing experience to users.

HTC Desire HD is a solid aluminum candy bar that runs Android 2.2 with HTC Sense. The HTC Sense, which HTC calls as the social intelligence gives a unique experience to users with its many small but intelligent applications. The improved HTC Sense enables fast boot and has added many new multimedia features.

The HTC Desire HD is available through mobile operators and retailers across major European and Asian markets from October 2010.

HTC Sense The latest HTC Sense, which HTC calls as the social intelligence gives a unique experience to users with its many small but intelligent applications. The improved HTC Sense enables fast boot and has added many new multimedia features. HTC Sense has enhanced camera application with many camera features like full screen viewfinder, touch focus, onscreen access to camera adjustments and effects. The other features include HTC locations with on-demand mapping (service depend on the carrier), integrated e-reader that support text search from Wikipedia, Google, Youtube or dictionary. Browsing is made enjoyable with features like magnifier, quick look up to look for a word, Wikipedia search, Google search, YouTube search, Google translate and Google dictionary. You can add a new window for browsing or move from one to another windows by zooming in and out. It also offers a good music player, which is better than the standard Android music player. There are many other features with htc sense that give a beautiful experience to users. 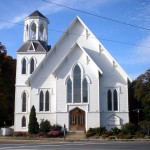 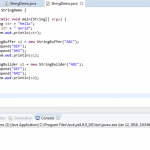 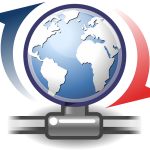