There are several ways how a product design is driven. Initially, the manufacturer does a market research and identifies the market trends for a niche market and design a product to facilitate the needs of that market. They will also come up with a low end product with minimal features, yet serves the purpose of the product, and a high end product with cutting edge features that is an Elysium for technology lovers. Manufacturers also design some products upon the request of a service provider. The handsets we are going to compare now will be two smartphones from two sectors of the above statement space. The HTC Velocity 4G can be seen as a handset made for the requirement of a service provider, in our case, Telstra. The objective of the design is to introduce 4G smartphones to the Australian market and promote the infrastructure made available by Telstra. Thus, this handset should be compared having that fact in mind. But been the first 4G smartphone, we can assure you that, Telstra wanted to mark their name high for HTC Velocity 4G is truly a cutting edge mobile device.

A comparison is worthless if we can’t find an ideal rival to be compared against. In this case, we have picked a handset that is renowned for ease of use and performance. It would make the perfect rival for HTC Velocity 4G even though it doesn’t come with 4G connectivity. It is a product design Apple came up with after a thorough market research and one of the best smartphone designs as perceived by experts. Apple iPhone 4S is not a handset that is ready to accept a defeat, at least not until the next generation comes. When we compare and contrast these two handsets, you will understand that Apple iPhone 4S will hold up its end of being a faithful smartphone. We will look into the features of both handsets individually before we wrap up to the conclusion.

This is the time we face right on with handsets having dual core processors and super-fast LTE connectivity, high end optics and an operating system like Android, iOS or Windows Mobile. That’s how we perceive a modern smartphone and HTC Velocity 4G matches exactly to that definition. It is powered by 1.5GHz Scorpion dual core processor on top of Qualcomm MSM8260 Snapdragon chipset with Adreno 220 GPU and 1GB of RAM. That’s the top notch configuration you can find in a smartphone right now, until a quad core processor surfaces (We had a rumor at the CES about Fujitsu announcing a quad core smartphone). The Android OS v2.3.7 Gingerbread might not be the ideal version to take control of this beast, but we are positive that HTC will provide and upgrade to v4.0 IceCreamSandwich soon enough. We also like the HTC Sense UI because it has a clean layout and easy navigations. As the name suggests, Velocity 4G has the LTE connectivity and records consistent rate of high speeds. The powerful processor enables it to seamlessly multi task with all the opportunities the LTE connectivity provides.

HTC Velocity 4G has 4.5 inches S-LCD capacitive touchscreen featuring a resolution of 960 x 540 pixels at 245ppi pixel density. The display panel is good, but we would have preferred more resolution from a high end smartphone like this. It is somewhat thick scoring 11.3mm and on the hefty side of the spectrum scoring a weight of 163.8g. The smooth edged Black smartphone looks expensive, but you might have trouble in holding it for extended amounts of time due to its weight. HTC has included 8MP camera with autofocus, dual LED flash and geo tagging that can capture 1080p HD videos at 60 frames per second, which is awesome. It also has a 1.3MP front camera for video conferencing bundled together with Bluetooth v3.0. Although Velocity defines its connectivity through LTE, it also has Wi-Fi 802.11 b/g/n, which can also act as a hotspot, to share your super-fast internet connection. It also has DLNA for wireless streaming of rich media content to a smart TV. It comes in 16GB internal storage with the option to expand using a microSD card. It would have a 1620mAh battery that has juice for 7 hours 40 minutes of constant usage.

Apple iPhone 4S has the same look and feel of iPhone 4 and comes in both black and white. The stainless steel built gives it an elegant and expensive style, which appeals to the users. It also is almost the same size as iPhone 4 but slightly heavier weighing 140g. It features the generic Retina display, which Apple is extremely proud of. It comes with a 3.5 inches LED-backlit IPS TFT Capacitive touchscreen with 16M colors, and scores the highest resolution as per Apple which is 640 x 960 pixels. The pixel density of 330ppi is extremely high that Apple claims that the human eye is unable to distinguish individual pixels. This obviously results in crisp text and stunning images.

iPhone 4S comes with 1GHz dual core ARM Cortex-A9 processor with PowerVR SGX543MP2 GPU in Apple A5 chipset and 512MB RAM. Apple claims this delivers two times more power and seven times better graphics. It is also highly energy efficient which enables Apple to boast an outstanding battery life. iPhone 4S comes in 3 storage options; 16/32/64GB without the option of expanding the storage with a microSD card. It utilizes the infrastructure provided by carriers, to stay in touch at all times with HSDPA at 14.4Mbps and HSUPA at 5.8Mbps. In terms of camera, iPhone has an improved camera of 8MP that can record 1080p HD videos @ 30 frames per second. It has a LED flash and touch to focus function along with Geo-tagging with A-GPS. The front VGA camera enables the iPhone 4S to make use of its application facetime, which is a video calling application.

Apple is best known for its unbeatable battery life; thus, it would be normal to expect it to have a fabulous battery life. With the Li-Pro 1432mAh battery it has, iPhone 4S promises a talk time of 14h in 2G and 8h in 3G. Recently, the users have been making complaints about the battery life, and Apple has announced that it’s working on a fix for that, while their update for iOS5 has partially solved the problem. We can stay tuned for updates and expect the Technological Innovator to come up with a fix for the problem at hand soon.

Before formulating a conclusion, we will explain the key differences in detail. HTC Velocity 4G has a better processor than Apple iPhone 4S, and we reckon the performance boost will be apparent, but without running benchmarking tests, we can’t really guarantee that. This is partially because of the Operating System. Although Gingerbread is a great operating system, it is hardly optimized to the specific handset in question; HTC Velocity 4G. On the other hand, while Apple iPhone 4S might not be the smartphone with the best hardware specs in the market, it comes with the Apple iOS 5, which is directly optimized to work in iPhone 4S. This actually gives it a performance boost, which Android doesn’t have. HTC Velocity is somewhat bigger, thicker and heavier which may be a reason for you to find it tiring to have it in your hand. We have no complaints about both screens because, despite the differences of the panels, they reproduce the colors accurately and generate crisp and clear texts and images. If you get in to finer details, the screen of Apple iPhone 4S is slightly better, but the user is unlikely to notice that. Besides that, we note the key difference as the network connectivity where Velocity promotes 4G connectivity while iPhone promotes HSPDA connectivity. It may be a differentiating point if you’re very much into high speed connections and if you have any use in a connection of that speed. Unless otherwise, Apple iPhone 4S and HTC Velocity 4G is more or less similar handsets with different price tags and release dates. 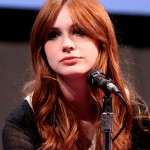 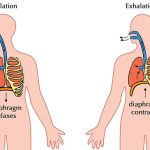