Telstra introduces Velocity as the first 4G smartphone in Australia, and HTC Velocity 4G would open up a whole new set of possibilities to the Australian market. It would undoubtedly lead to the rivals to follow the path set by Telstra, to come up with 4G smartphones that would serve the Australian technology addicts. At a glance, we find the experience with Velocity 4G enjoyable, so we think Australian community will have a great time with this elegant smartphone.

We have picked up another smartphone of the same caliber to be compared against the Velocity 4G. This handset is actually not released in Australia, but we assume it will arrive in time to come. The Galaxy S II Skyrocket HD comes from one world leader of smartphones, Samsung. It is a member of much renowned Galaxy family, and Samsung is very thorough with the Galaxy family because they played a substantial role in making Samsung the World Leader in smartphones. We find this handset to be the ideal match to be compared against Velocity 4G. The interesting fact is that, HTC is one of the main competitors for Samsung in United States and sometimes, a huge success in this niche market might be a game changer for HTC in the US. So we will stay tuned on how the HTC Velocity 4G sales proceed in the Australian market. In the meantime, let’s look at these handsets individually and extract the differences.

This is the time we face right on with handsets having dual core processors and super-fast LTE connectivity, high end optics and an operating system like Android, iOS or Windows Mobile. That’s how we perceive a modern smartphone and HTC Velocity 4G matches exactly to that definition. It is powered by 1.5GHz Scorpion dual core processor on top of Qualcomm MSM8260 Snapdragon chipset with Adreno 220 GPU and 1GB of RAM. That’s the top notch configuration you can find in a smartphone right now, until a quad core processor surfaces (We had a rumor at the CES about Fujitsu announcing a quad core smartphone). The Android OS v2.3.7 Gingerbread might not be the ideal version to take control of this beast, but we are positive that HTC will provide and upgrade to v4.0 IceCreamSandwich soon enough. We also like the HTC Sense UI v3.5 because it has a clean layout and easy navigations. As the name suggests, Velocity 4G has the LTE connectivity and records consistent rate of high speeds. The powerful processor enables it to seamlessly multi task with all the opportunities the LTE connectivity provides.

HTC Velocity 4G has 4.5 inches S-LCD capacitive touchscreen featuring a resolution of 960 x 540 pixels at 245ppi pixel density. The display panel is good, but we would have preferred more resolution from a high end smartphone like this. It is somewhat thick scoring 11.3mm and on the hefty side of the spectrum scoring a weight of 163.8g. The smooth edged Black smartphone looks expensive, but you might have trouble in holding it for extended amounts of time due to its weight. HTC has included 8MP camera with autofocus, dual LED flash and geo tagging that can capture 1080p HD videos at 60 frames per second, which is awesome. It also has a 1.3MP front camera for video conferencing bundled together with Bluetooth v3.0. Although Velocity defines its connectivity through LTE, it also has Wi-Fi 802.11 b/g/n, which can also act as a hotspot, to share your super-fast internet connection. It also has DLNA for wireless streaming of rich media content to a smart TV. It comes in 16GB internal storage with the option to expand using a microSD card. We were told that it would have 1620mAh battery that has juice for 7 hours 40 minutes of constant usage.

Skyrocket has the same look and feel of the previous members of the Galaxy family, and almost the same dimensions, as well. Smartphone manufacturers are thriving to produce thinner and thinner phones, and this is a nice addition to that. But Samsung has made sure to keep the level of comfort intact. The battery cover of the Skyrocket is ultra-smooth, though, which makes it prone to slip through the fingers. It has a 4.65 inches gigantic Super AMOLED Plus Capacitive touchscreen featuring a resolution of 720 x 1280 pixels with a high pixel density of 316ppi, to make the images and text look crisp and clear. The processor specification for Skyrocket HD could be similar to that of Skyrocket, which would be 1.5GHz Scorpion dual core processor on top of Qualcomm MSM8260 chipset. The RAM scores a fair amount of 1GB and Skyrocket HD features storage of 16GB, which can be expanded up to 32GB worth of storage using a microSD card.

Skyrocket comes with an 8MP camera, following members of the Galaxy family, and it can record 1080p HD videos @ 30 frames per second. It also promotes the video chat with the 2MP front camera along with Bluetooth v3.0 HS for ease of use. Galaxy S II showcases the new Android v2.3.5 Gingerbread, which is promising while it is capable to enjoy the LTE network for fast internet access using built in Android browser with HTML5 and flash support. It is worthwhile to note that Samsung Galaxy S II Skyrocket manages to score a good battery life, even with the high speed LTE connectivity. It also comes with Wi-Fi 802.11 a/b/g/n enabling it to access the Wi-Fi networks, as well as, act as a Wi-Fi hotspot. Samsung hasn’t forgotten A-GPS support together with the unmatchable Google maps support enabling the phone to be a powerful GPS device. It also supports Geo-tagging feature for the camera. Like most of the smartphones nowadays it comes with an active noise cancellation with dedicated mic, microUSB v2.0 for fast data transfer, and Near Field Communication support. Samsung also introduces a Gyroscope sensor for Skyrocket HD. Samsung Galaxy Skyrocket HD promises a 7h of talk time with 1850mAh battery, which is brilliant compared to its screen size.

As you may have figured out, there aren’t many differences we can point out to stand alone. When we come to differences, the fact that there aren’t much means mobile phone vendors are unified towards achieving the same goal in different ways. In simple words, it indicates a reduction of price for handsets with dual cores and high end optics and 4G connectivity. To wrap up the comparison, we‘d like to mention that both of these handsets are top notch, and we liked both a lot. Especially, the look and feel is awesome, and we loved the performance both showed us. We can speculate just as much with the specs for hardware too. Although we like the display panels, we think that Velocity might have done better with a higher edition screen panel. Apart from that, screen size also differs slightly, and the Velocity 4G is thicker than Skyrocket HD. Also, we noticed a slight difference in the optics, where HTC Velocity 4G can capture 1080p HD videos at 60 frames per second, while Samsung Galaxy S II Skyrocket HD has a cam coder that can capture 1080p videos at 30 frames per second. Besides these, both of these handsets are identical and thus, serve your purpose equally well. What we can say with absolute certainty is that, these handsets won’t get outdated for a long time and if Samsung approaches Australian market too with the introduction of Galaxy S II Skyrocket HD, there will be a very heated battle to conquer the market. In this battle, our advice is that your chances of winning are same in both sides, so the rest of the decision is up to your imagination and personal preference. 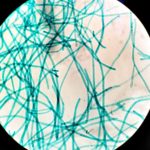 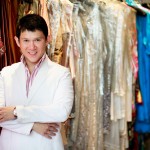