There are some smartphone manufacturers we are so used to that we trust their name and word about their products. One such established brand name is Nokia which has one of the longest histories of all. We all know that Nokia was going through a rough patch two years back because it was holding on to its own Symbian OS. Today we are quite happy to declare that Nokia is more or less regaining its rightful place in the market with top end products collaborating with Microsoft Windows Phone. There is also slight criticism towards Nokia for not adopting Android and diversifying their product portfolio like all the other manufactures do, but it’s Nokia’s decision after all which in a way gives Nokia an edge on Windows Phone smartphones. Their flagship product up to date is Nokia Lumia 920 which is a totally attractive and lucrative package for any high end buyer with a passion towards Windows Phone 8. The simplicity of the operating system is indeed overwhelming. At CES 2013, we spotted another Windows Phone 8 candidate from Huawei and decided to compare it with Nokia Lumia 920 to understand the level of competency shown by Huawei.

Huawei Ascend W1 is the first Windows Phone 8 smartphone from Huawei. Huawei is rather late to enter the market, but being late is better than never. Ascend W1 counts for an entry level mid-range smartphone with moderate specs for a Windows Phone. As you might have understood; Microsoft has a tight control over the hardware Windows Phone 8 is run, so we can safely rest any doubt about the suitability of the hardware components. Ascend W1 has 4.0 inch IPS LCD capacitive touchscreen featuring a resolution of 800 x 480 pixels at a pixel density of 233ppi. It supports multi-touch up to 4 fingers. Evaluate these two facts against the history of smartphone specs and you will understand that this is indeed a smartphone that should have been released in early 2012. However let us look at what Huawei managed to push through.

Huawei Ascend W1 is powered by 1.2GHz Krait Dual Core processor on top of Qualcomm MSM8230 Snapdragon chipset with Adreno 305 GPU. The heart of the combo features a new processor and a moderately new chipset which is good. As you can see, this is also an example of moderately crafted hardware components. We were rather disappointed to see the 512MB RAM which might just suffice the needs of this processor. It has 4GB of internal storage and fortunately comes with microSD slot that can expand the storage up to 32GB. Huawei Ascend W1 has HSDPA connectivity that can scale up to speeds of 21Mbps along with Wi-Fi 802.11 b/g/n and NFC connectivity. The smartphone has 5MP camera on the back that can capture 720p HD videos at 30 frames per second and a VGA camera at the front for video conferencing. It has a moderate battery of 1950mAh which enables a talk time of 10 hours as per Huawei’s description. The exterior of the smartphone is well built and feels solid. Huawei Ascend W1 comes in a set of vibrant colors including Blue, White, Magenta and Black.

Nokia Lumia 920 is the first smartphone featuring 4G LTE connectivity in Window Phone 8 for Nokia, and it is also the first smartphone from Nokia which runs on Windows Phone 8. The handset is powered by 1.5GHz Dual Core Krait processor on top of Qualcomm 8960 Snapdragon chipset with Adreno 225 GPU and 1GB of RAM. Our first impressions about Windows 8 managing the handset were good. Nokia Lumia 920 has 4.5 inch IPS TFT capacitive touchscreen featuring a resolution of 1280 x 768 pixels at a pixel density of 332ppi which unofficially qualifies it as a retina display, as well. It comes with Nokia’s PureMotion HD+ display technology and is reinforced with Corning Gorilla glass, to be scratch resistant. One interesting feature this display offers is the Synaptic touch technology which enables the user to operate the touchscreen with various objects. Essentially, any object can be used as a stylus, to scribble on top of this screen.

It is not the thinnest smartphone in the block scoring a thickness of 10.7mm, but it sure is thinner than its predecessor. We like Nokia’s Unibody design that takes well thought ergonomics into account forming a polycarbonate body. Scratch proof ceramic was used to make the buttons and the rear camera module claims Nokia. However, what worries us is the weight of 185g which is towards the extreme heftier side in the smartphone spectrum. Nokia is usually very strict about the camera they include in their smartphones. They have included 8MP camera with optical stabilization, autofocus and LED flash which can capture 1080p HD videos at 30 frames per second. This camera features Nokia’s legendary PureView camera technology that is said to use floating point optics to minimize the blurring occurred by camera shake. The Verge team has taken the smartphone for a ride in the dark and claimed that Lumia 920 outperforms the cameras of similar smartphones. This may be because it has an aperture of f2.0 to let the sensor absorb more light in resulting in sharp images even in dark situations.

Nokia Lumia 920 is also the first Nokia smartphone to feature the Windows Phone 8’s expandable storage featuring an internal storage of 32GB and having the ability to expand it using microSD card. It comes with 4G LTE connectivity which Nokia claims can achieve speeds up to 100Mbps and gracefully degrades to HSDPA when the signal strength is not enough. Wi-Fi 802.11 a/b/g/n ensures continuous connectivity while Lumia 920 also features Near Field Communication. Another interesting feature that caught our eye is the ability to charge this handset wireless. Nokia has included the inductive charging technology in this smartphone enabling customers to use any charger in compliance with Qi Wireless Charging Standard to be used to charge the smartphone. This is a pretty nifty piece of technology, and we are glad Nokia took the initiation to put it in their flagship product. It is worthwhile to note that Lumia 920 would support microSIM card only, and comes with the 2000mAh battery.

A Brief Comparison Between Huawei Ascend W1 and Nokia Lumia 920

Nokia Lumia 920 is a high end smartphone that is aimed at the advanced techie user. It has innovative features that cannot be seen in any other smartphone like PureView technology. It is also the best Windows Phone 8 product from Nokia as of yet and one of the first to grab a sound market share. The design and the form factor are ideal for a Windows Phone of this caliber, as well. When we look at Huawei Ascend, it certainly has a vibe in its physique and is attractive. The market segment Huawei is addressing is most probably the entry level given that it is rumored to come at a lower price point, as well. Hence considering the facts; I’d say the best value for money would be Ascend W1 although Nokia Lumia 920 will probably beat Ascend W1 in the market.

Difference Between Nokia Lumia 900 and Lumia 920 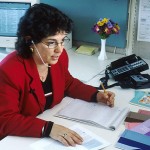