It is an established fact that there are different ranges or segments in any market. Mobile computing market is no difference although it is very hard to define the ranges; rather it is hard to define where a range starts and ends because of the merged specs in different versions of different products from different suppliers. However, there are three visible tiers in the mobile computing market; especially in the smartphone market. There are high-end smartphones that are usually very expensive; there are mid-range smartphones that packs sufficient gear and comes at an affordable price and then there are budget alternatives that pack the bare essentials. However, recently there have been smartphones crossing the margins of all the segments like Google Nexus 4 which mostly has high end features with some sufficiently packed gear and comes at a budget price point. I had to explain this situation because the two smartphones we are going to talk about today can be broadly identified as mid-range smartphones although they may inherit characteristics from other categories, as well. Huawei Ascend W1 is a Windows Phone 8 smartphone coming from Huawei which seems pretty ambitious while Samsung Ativ Odyssey is basically a redesigning of their earlier Ativ S in a new exterior and somewhat cheap price point. Let us review these two handsets respectively and comment on their differences.

Huawei Ascend W1 is the first Windows Phone 8 smartphone from Huawei. Huawei is rather late to enter the market, but being late is better than never. Ascend W1 counts for an entry level mid-range smartphone with moderate specs for a Windows Phone. As you might have understood, Microsoft has a tight control over the hardware Windows Phone 8 is run, so we can safely rest any doubt about the suitability of the hardware components. Ascend W1 has 4.0 inch IPS LCD capacitive touchscreen featuring a resolution of 800 x 480 pixels at a pixel density of 233ppi. It supports multi-touch up to 4 fingers. Evaluate these two facts against the history of smartphone specs and you will understand that this is indeed a smartphone that should have been released in early 2012. However let us look at what Huawei managed to push through.

Huawei Ascend W1 is powered by 1.2GHz Krait Dual Core processor on top of Qualcomm MSM8230 Snapdragon chipset with Adreno 305 GPU. The heart of the combo features a new processor and a moderately new chipset which is good. As you can see, this is also an example of moderately crafted hardware components. We were rather disappointed to see the 512MB RAM which might just suffice the needs of this processor. It has 4GB of internal storage and fortunately comes with microSD slot that can expand the storage up to 32GB. Huawei Ascend W1 has HSDPA connectivity that can scale up to speeds of 21Mbps along with Wi-Fi 802.11 b/g/n and NFC connectivity. The smartphone has 5MP camera on the back that can capture 720p HD videos at 30 frames per second and a VGA camera at the front for video conferencing. It has a moderate battery of 1950mAh which enables a talk time of 10 hours as per Huawei’s description. The exterior of the smartphone is well built and feels solid. Huawei Ascend W1 comes in a set of vibrant colors including Blue, White, Magenta and Black.

Samsung has gotten their hands on manufacturing another mid-range Windows Phone smartphone after their attempt on Ativ S. In fact, Samsung Ativ Odyssey is a lot like Ativ S, less some premium features despite the hefty name it has. It is powered by 1.5GHz Dual Core processor on top of Qualcomm Snapdragon S4 chipset with 1GB of RAM. It runs on Windows Phone 8 and can be considered to have fluid response. It has hard plastic back and sides with more round corners than its elder brother Ativ S. The internal storage is fixed at 8GB while you have the ability to expand it using microSD card up to 64GB. Samsung Ativ Odyssey has 4.0 inches Super AMOLED capacitive touchscreen display panel featuring a resolution of 480 x 800 pixels at a pixel density of 233ppi. Unfortunately, the display panel is rather pixelated at the low pixels per inch count although it won’t be a huge bother.

Samsung Ativ Odyssey features 4G LTE connectivity which is a good sign. In fact, this gives us hope that even the mid-range smartphones will feature 4G LTE in the recent future. It has both CDMA version and a GSM version depending on where you are. The Wi-Fi 802.11 a/b/g/n connectivity ensures that you stay connected continuously with the option to share your internet connection by hosting a Wi-Fi hotspot. The optics is at 5MP in the back camera with autofocus and LED flash and it can capture 1080p HD videos at 30 frames per second. It also has 1.2MP front camera that can capture 720p videos @ 30fps. Looking at the Odyssey, you feel that Samsung hasn’t given their premium appearance to this smartphone. In fact, it seems they haven’t tried to thin down the Odyssey which scores 10.9mm thickness. However it seems to have juice in the battery to fix you up for two days or so on standby given the 2100mAh battery.

The difference between these two smartphones is minimal. Samsung Ativ Odyssey obviously features better optics with 4G LTE connectivity with a slightly faster processor. However, Huawei Ascend W1 is rather elegantly built for a mid-range smartphone which gives it an edge. Both of the handsets will be sold at a moderate price, but sources confirm that Huawei Ascend W1 may well be less expensive compared to Samsung Ativ Odyssey. We’ll let you be the judge and decide whether the tip of the balance should go. 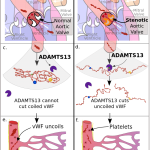