Immunity is the ability of an organism to defend against pathogens and toxins and to avoid infections and diseases. Therefore, the immune system is the tissue system that controls our immunity. It comprises primarily of individual cells spread throughout the body. Thus, the immunity can be two types; innate immunity or adaptive immunity. Adaptive immunity is a synonym for specific immunity, which provides pathogen-specific immunity in vertebrates. Moreover, this adaptive immune system basically composes of T-lymphocyte and B-lymphocyte cells. And it is is very special as it is present only in vertebrates, and is able to recognize different foreign antigens in a very precise way.

What is Humoral Immunity?

Humoral immunity, also known as antibody-mediated immunity, is one branch of adaptative immunity that mediates by antibodies secreted by the B- lymphocyte cells. Humoral immunity works against specific pathogens outside the cells (extracellular pathogens). B-cells are bone marrow-derived, and each cell makes only one kind of antibody which specifically reacts on a particular pathogen. DNA rearrangement makes sure the antibody diversity. 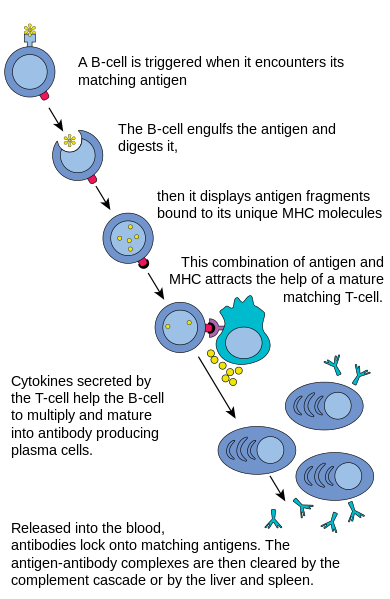 Moreover, these antibodies can directly neutralize viruses. For certain pathogens, the antibodies bind to target the cells and signal phagocytes or other white blood cells or other defence mechanisms to attack them. Thus, B cell activation, B cell proliferation and antigen-antibody interaction are three main mechanisms of humoral immunity.

What is Cell Mediated Immunity? 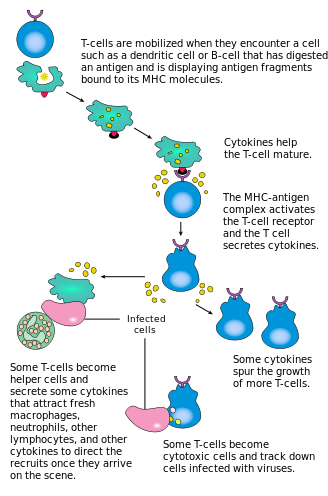 Each T-cell makes only one kind of T-cell antigen receptor. Thus, the t-cell receptor has four proteins, namely, two large (α) and two small (β) chains. Each chain has constant and variable regions. The variable regions determine the specificity of the receptor toward a particular pathogen while the variable regions project outside helping to bind the T-cells to the antigen cell. Thus, the cell-mediated immune system is important as it eliminates tumour cells before they can grow and spread very much. This process is known as ‘immunological surveillance’. Also, when tissue from an unrelated individual is introduced into another individual, this immune system will respond and kill the transplanted tissue immediately.

What are the Similarities Between Humoral and Cell Mediated Immunity?

What is the Difference Between Humoral and Cell Mediated Immunity?

The below infographic presents a more detailed analysis of the difference between humoral and cell mediated immunity. 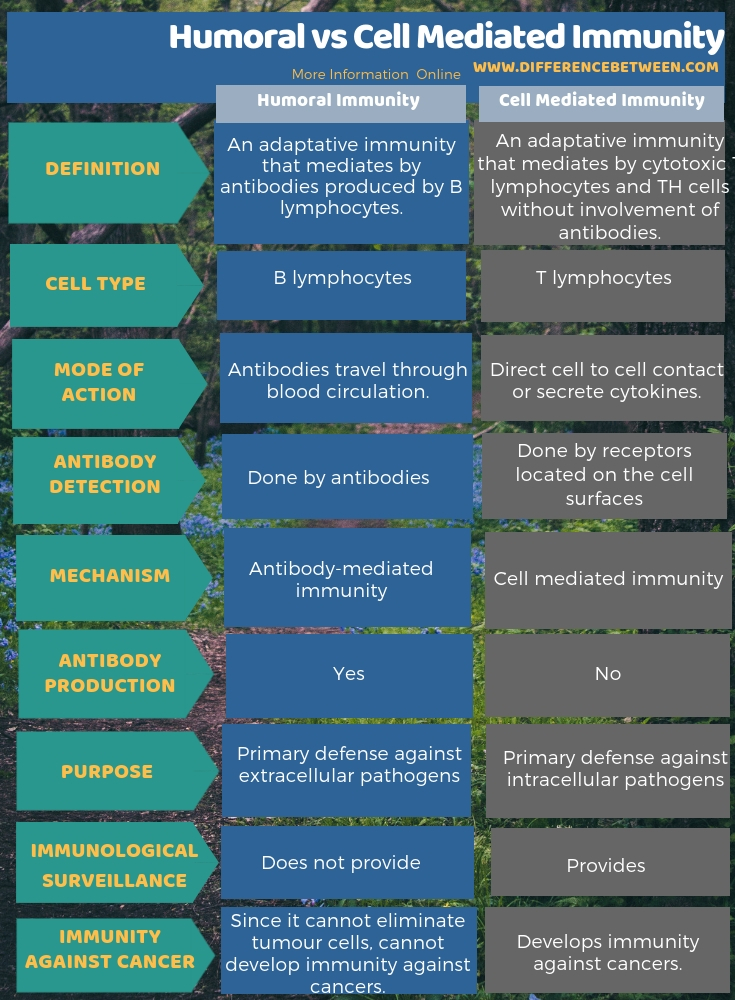