The word “hyperbola” comes from a Greek word, which means “over-thrown”. It is believed that hyperbola was introduced by a great mathematician Apllonious.

A hyperbola consists of two distinct branches, which are called connected components. The closest points on the two branches are called vertices and the line that pass through these two pints is called the major axis. As the two curves reach a larger distance from the center, they approach two lines. These lines are called asymptotes.

Difference Between Factors and Multiples

Difference Between Height and Width 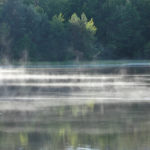 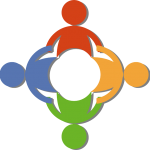