Hyperplasia is an increase in the size of tissue as a result of increased number of component cells. It is the principal mechanism accounting for increased size in tissues composed of labile and stable cells. Hyperplasia results when the component cells of a tissue are stimulated to undergo mitotic division, thereby increasing the number of cells. Physiological hyperplasia is a result of increased stimulation. When the stimulation is removed, the tissues return to normal. Pathological hyperplasia is also due to increased stimulation of the cells of tissues. However, in pathological hyperplasia, tissues do not return to normal once the stimuli are removed. Endometrial hyperplasia is an important result of increased estrogen stimulation, particularly when the estrogen is not opposed by progesterone. This is the case in peri-menopausal period. This causes excessive uterine bleeding. The presence of excessive trophic hormones (hormones that trigger a target organ to grow and function) causes hyperplasia of the target organs. Excessive secretion of Adrenocorticotrophic hormone causes bilateral adrenal hyperplasia. Hyperplastic target organs frequently show increased function. In case of adrenal glands, there is excessive secretion of cortisol. Thyroid hyperplasia results from increased Thyroid Stimulating Hormone (TSH) from the anterior pituitary or due to the action of autoantibodies that are able to bind to TSH receptors on the thyroid cell membrane. Hyperplasia of the prostate gland is common in elderly males due to hyperplasia of both stromal and glandular elements. The exact cause is not known, but dropping androgen levels may be responsible.

What is the difference between Hyperplasia and Hypertrophy?

• Both hypertrophy and hyperplasia can occur together as a result of increased demand.

• Hypertrophy features enlargement of stromal and cellular components by increasing their size without multiplying while hyperplasia increases tissue size by cell division.

Difference Between Thalamus and Hypothalamus

Difference Between Bladder and Gallbladder

Difference Between Sensory and Motor Neurons 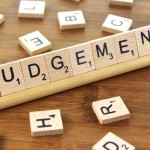