In all languages and all cultures of the world, there are different ways to represent common objects. These are called signs; symbols and icons are both signs that represent something else by virtue of association or similar in appearance. $ is the universal symbol of American currency while the image drawn of a house on your mobile screen denotes actual home screen. Though people think they understand both symbol, as well as, icons, they are hard pressed to differentiate between the two categories of signs. This article attempts to clarify these differences.

Icon is used to represent a particular category of an object, even animals. Icon is similar to the actual product and anyone can tell what it stands for because of similarities. You must have seen different icons on the home screen of your computer. There is the icon that looks like a computer, and when you double click it, you get the details of the different drives and the used space on each. In general, the shape and drawing of an icon is same as that of the object that is sought to be represented on paper. This makes it easy for anyone to understand what the icon represents or stands for. One thing to be understood is that icons can be made of real objects only, and concepts and feelings cannot be depicted using icons as there are no figures for these concepts (liberty, freedom, country, peace etc) and feelings (hatred, love, anger etc).

The signs, which have become known internationally, because of their association with an object or phenomenon over a long period of time, are called symbols. Some of the best known symbols are cross for Christianity, doves for peace, traffic signs, $ for US currency, Plus sign for hospital, and so on. Symbols do not resemble what they stand for, and they have to be learned by people to know what they mean. All countries of the world are represented through their flags or abbreviations that have been made using their names.

Difference Between Acronym and Abbreviation 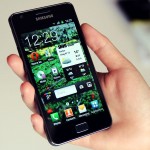 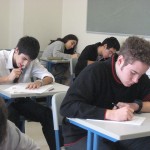