Idealism and materialism are two important theories or rather groupings of theories that are used to describe social events. Materialism, as the name implies, is all about the importance of materials or matter, whereas idealism gives reality the central importance in life. The two models of philosophy are not exclusive or mutual to each other as there are many similarities. Because of this overlap, there remains confusion in differentiating between the two models of sociological thinking. This article attempts to highlight the differences between idealism and materialism.

Idealism is a philosophy that is credited to the great Greek philosopher Plato. The central feature of this philosophy is the assertion that reality is nothing but what is constructed by our mind for us. Idealism accords prime importance to human consciousness and makes it clear that it is a make believe world and reality is what our mind makes us believe. To understand the cause and effect relationship between sociological events, the state of mind of the people in the society is the best tool in hand according to idealism. It is the premise of an idealist that the human mind precedes everything else, including matter or materialism, when one starts to think about sociological process and events.

Lucretius, the great philosopher, was of the view that matter that made up everything in the universe was of prime importance and that matter shaped not just human beings but even their consciousness and thought processes. Materialism can be traced back to as old as 5th century BC when philosophers like Leucippus and Democritus believed that everything happened because of necessity, and there was nothing by chance. Even the sensations and emotions of human beings are a result of atoms impinging upon each other. However, even materialists concede that humans have a free will and always seek happiness (which remains the primary goal of all of us).

• Materialism gives prime importance to matter whereas the reality is what our mind tells us is the view point of idealists.

• Materialism tells us to seek instant gratification of our desires wile idealists try to harp on the importance of working towards a near perfect future.

• Idealism says that it is our state of mind that guides our behavior and emotions, and we perceive reality on the basis of what our mind tells us.

• Materialism attributes all actions and behaviors to matter or atoms of which all of us are made up.

Difference Between Ginger and Redhead 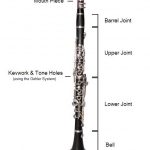 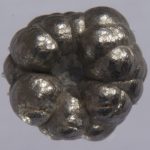