The difference between IELTS General and IELTS Academic stems from the purposes for which these exams were designed. IELTS General and IELTS Academic are the two versions of the IELTS examination that tests the English proficiency for general immigration and for study purpose respectively. IELTS stands for International English language Testing System. It was introduced in 1989 and is managed by University of Cambridge ESOL exams and the British Council, as well as IDP education. IELTS was introduced to assess the English proficiency of the people from foreign countries coming to an English speaking country. That is to say that IELTS is designed to test the English language capability of non-native English speakers. Currently, IELTS is a recognized qualification for English proficiency in more than 145 countries. The scores obtained in IELTS are accepted by nearly all major academic institutions and other organizations worldwide. Qualifying IELTS is a requirement to immigrate to Australia, NZ and Canada. IELTS measures the ability of a candidate to listen, read, write and speak in English. Scores provided in IELTS are in the range of 0-9 where 0 obviously means inability to comprehend the language while a score of 9 indicates highest proficiency and command in English. The scores are valid for a period of two years. The duration of the test is 2hr 45min in which listening, reading, writing, and speaking account for 40, 60, 60 and 11-15 minutes respectively. The test is taken in almost 900 locations around the world and more than two million candidates (est. 2012), mostly from Asian countries, appear in the test.

The reason for having two versions for IELTS is that there are immigrants who are coming to English speaking countries and also there are students who are coming for higher studies. Obviously the two belong to different categories and both live and work in different environments where different levels of proficiency are required in English language.

What is IELTS Academic?

Academic version of the IELTS is used to evaluate the English proficiency of those who come to English speaking countries for higher studies and also to evaluate professionals who wish to settle and practice in these countries. Admission to undergraduate and post graduate courses is based on the result of this test. Sometimes, IELTS Academic may be a requirement to join a professional organization in an English-speaking country too. It is believed that Academic version is tougher than General version and that is only to be expected as students and professionals are expected to work in environs where higher English proficiency is a must.

However, listening and speaking sections in the Academic and General versions are the same. The level of difficulty in the reading sections (passages) is quite evident. The topics for reading are from general interest areas of higher studies students. Also, they are generally of descriptive, narrative, or argumentative types of text. When it comes to writing in Academic version, it requires candidates to interpret visual information from a chart, graph, or any other illustrations. Also, it tests the candidate’s ability to discuss a problem or a point of view.

What is IELTS General?

General version is used to test the proficiency of general immigrants and for those who come to work in non-academic environments. IELTS General is a must to people migrating to Australia, Canada and New Zealand. Listening and speaking sections in the Academic and General versions are the same. Reading tests generally focuses on every day topics required to live in an English speaking country, general interests, and work related topics. When it comes to writing, General version asks candidates to write a letter that is formal, semi-formal, or personal. General version also test the ability to discuss a problem or a point of view, but the topics here are from day to day living or work related.

What is the difference between IELTS General and IELTS Academic?

• IELTS is an international exam that all those coming to English speaking countries such as UK, US, Canada, Australia, NZ and SA have to undertake.

• IELTS Academic is meant for students coming to pursue higher education and for professionals who intend to start their practice.

• IELTS General is meant for people who are coming for immigration and not required to work in academic environments. 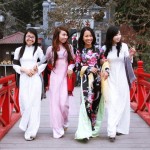 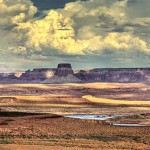