MOSFET (Metal Oxide Semiconductor Field Effect Transistor) and IGBT (Insulated Gate Bipolar Transistor) are two types of transistors, and both of them belong to the gate driven category. Both devices have similar looking structures with different type of semiconductor layers.

MOSFET is a type of Field Effect Transistor (FET), which is made of three terminals known as ‘Gate’, ‘Source’ and ‘Drain’. Here, drain current is controlled by the gate voltage. Therefore, MOSFETs are voltage controlled devices.

MOSFETs are available in four different types, such as n channel or p channel, with either in depletion or enhancement mode. Drain and source are made of n type semiconductor for n channel MOSFETs, and similarly for p channel devices. Gate is made of metal, and separated from source and drain using a metal oxide. This insulation causes low power consumption, and it is an advantage in MOSFET. Therefore, MOSFET is used in digital CMOS logic, where p- and n-channel MOSFETs are used as building blocks to minimize power consumption.

Although the concept of MOSFET was proposed very early (in 1925), it was practically implemented in 1959 at Bell labs.

IGBT is a semiconductor device with three terminals known as ‘Emitter’, ‘Collector’ and ‘Gate’. It is a type of transistor, which can handle a higher amount of power, and has a higher switching speed making it high efficient. IGBT was introduced to the market in 1980s.

IGBT has the combined features of both MOSFET and bipolar junction transistor (BJT). It is gate driven like MOSFET, and has current voltage characteristics like BJTs. Therefore, it has the advantages of both high current handling capability, and ease of control. IGBT modules (consists of a number of devices) can handle kilowatts of power. 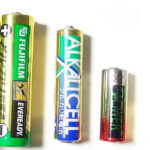 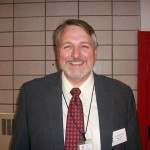