India is characterized by the presence of several languages such as Hindi, Punjabi, Marathi, Kannada, Telugu, Malayalam, Oriya, Tamil, Gujarati and several other languages. On the other hand English is the native language of the people of England.

The climate in India is very much influenced by the Himalayas and the Thar Desert. It is believed that both the Himalayas and the Thar Desert cause the monsoons. On the other hand England is characterized by a temperate maritime climate. This means the temperature does not go below 0 degrees Celsius. January and February are the coldest months in England.

India has the third largest military force in the world and it comprises of the Indian Army, Navy and Air Force. On the contrary England has a stronger military power than India.

One of the most important differences between India and England is that India was under the British rule till 1947 when it attained independence from them on the 15th of August. On the other hand England was never under others rule during any period of its existence.

The most popular sports of England are cricket, football and rugby. On the other hand the most popular sports of India are cricket and hockey. In fact hockey is the national sport of India. England is better placed than India in terms of economy. Indian economic growth is influenced by car industry, insurance industry and agriculture. The Bombay Stock Exchange is the oldest stock exchange in the whole of Asia.

England’s economy on the other hand is one of the largest in the word with an average GDP per capita of 22,970 GBP. Its economy is generally a mixed market economy.

Difference Between History and Puranas 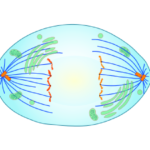