Varanasi and Haridwar are religious cities, Haridwar being the city that is supposed to have been visited by Hindu deity Vishnu and Varanasi is the city supposed to be established by Hindu god Shiva. Haridwar city is visited for its beautiful bank of river Ganges where you can take a holy dip, the water here is crystal clear as the rivers originating place is not far from here. Varanasi is one of the most sacred and ancient city of the world and a tourist must visit to see ones own past.

There are many holy cities in India but Haridwar enjoys the elated position as it hosts an auspicious fare known as ‘Kumbh’ , it is a fare which is held after every twelve years. It is said that taking a holy dip in Ganges during this fare is absolves one from all sins. Though Kumbh fare is not held in Varanasi, it’s still the most visited and auspicious city in India. It is said that if one dies in Varanasi then he is freed from the cycle of birth and death.

Haridwar and Varanasi are both being religious and pious city are visited for to get blessings from the Lord. Varanasi being a more auspicious city is a gateway of heaven for Hindus. The city becomes the abode of the aged Hindus wishing to die in the city of Lord Shiva and get liberated of the cycle of rebirth. 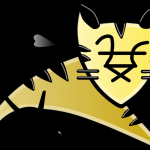