East is east and west is west, and never the twain shall meet. This is a phrase by Rudyard Kipling and is often expressed to distinguish everything western from everything Indian. The sun rises in the east and sets in the west, and this one fact is enough to tell that the way of life is different in the east from what it is, in the west. Talking of philosophies or way of thinking, while it is spiritualism in the east, it is materialism and logical and scientific in the west. This does not make it clear for many, and this article attempts to differentiate between Indian and western philosophies.

Traditionally, a distinction is made between Indian and western thinking, and this is exemplified in everything from religion to attire, food to education, thought process and relations, and emotions. While Indian thinking is characterized as spiritual and mystical in nature, western thinking is scientific, logical, rational, materialistic and individualistic. Looking at the world is called Darshana in Indian philosophy and this darshana comes from ancient scriptures like Vedas. The sum total of thinking, living and feeling can be described as the philosophy of a region. The pursuit of truth and inner happiness have been kept above everything else in Indian living, but more important than even these two is, the fact of difference that these two make in the quality and style of life of an individual. Indian philosophy is based upon 4 purusharthas of life that are known as artha, karma, dharma, and moksha. These are 4 basic ends of life, and an individual should follow the recommendations as described in Vedas, to have a fulfilling life.

Western style of thinking and living is focused upon individualism. This is not to say that altruism or collective good of the society is not talked about in the western world. However, in sharp contrast of the habit of saving in India, the people in the western world are materialistic in nature. Philosophy in the west is separate and independent of religion. Reason and logic are given primacy to other aspects of life in western philosophy. In the west, people strive to find and prove truth. Individualism that is so very important in the west leads to individual rights while, in Indian context, social responsibility is given prominence. 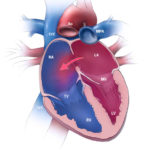 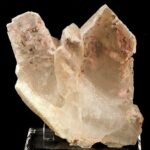 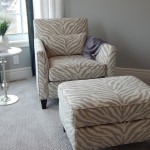