The British had left India with IB, the lone intelligence agency. It was after facing two wars, first with China in 1962, and then with Pakistan in 1965, that the government felt a need for a separate external intelligence agency as a lack of proper intelligence was noticed. Thus came into existence Research and Analysis Wing, better known as RAW around the world. It was formed at the behest of the then Prime Minister Mrs. Indira Gandhi.

After the wars in 1962 and 1965, lapses in the field of intelligence forced Indian government to create RAW for external intelligence. The objective set out for RAW is to collect military and political information about neighboring nations along with major international powers. For this purpose RAW recruits agents that are sent in all parts of the world and also takes help of Indians residing abroad. It is interesting to note that the ISI also was reorganized after intelligence failure in the Indo- Pakistan war in 1965. ISI operate under the cover of its diplomatic missions abroad, multinational companies and international media centers.

The Director General of ISI has to be a serving Lieutenant General of the Pakistan Army. The RAW on the other hand is independent from Indian Army and functions directly under the Prime Minister. 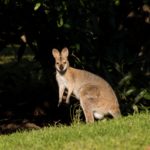 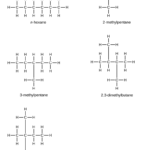