Maharashtra and Gujarat are two Indian states that show differences between them when it comes to various aspects such as date of formation, area, population, literacy, culture, tourist destinations and the like. Gujarat was formed on 1 May 1960,  the state of Maharashtra was also formed on the same day. In fact it is said that the state of Bombay was bifurcated into Maharashtra and Gujarat. This is an important difference between the two states.

As far as transport is concerned The chief railway stations are located in Ahmedabad, Baroda, Surat, Rajkot and Jamnagar in the state of Gujarat. On the other hand some of the important railway stations are located in Mumbai, Thane, Solapur, Kohlapur, Pune, Nagpur and Satara in the state of Maharashtra. Mumbai houses a big international airport. Ahmedabad international airport is one of the busiest in India.

Some of the important tourist destinations in the state of Gujarat include Gandhi Ashram in Sabarmati, Teen Darwaza, Gaurishankar Lake, famous Vaishnava temple called Shamlaji, Rani Rupmati Mosque, Patan remains of Solanki dynasty, Porbandar beach and the like.

On the other hand some of the important tourist destinations in the state of Maharashtra include Caves of Ajantha, Ellora, Kanheri, Elephanta and Hill stations of Mahabaleshwar, Amboli, Daulatabad Fort, Nagzira sanctuary, Juhu beach and the like. 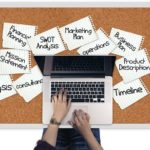