Operon is a cluster of structural genes that is expressed or controlled by a single promoter and is considered as the functional unit of genomic DNA. There are three components in an operon. They are promoter, operator, and the genes. The genetic codes of the genes are converted into mRNA sequences by the process called transcription. An operon produces a single unit of mRNA sequences, which are later translated into separate proteins, mostly enzymes involved in metabolic pathways. Initially, operons were discovered in prokaryotes, but later they were found in eukaryotes as well. Prokaryotic and eukaryotic operons lead to the genesis of polycistronic mRNAs and monocistronic mRNAs, respectively. Operons can also be found on bacteriophages (bacteria infecting viruses).

What are Inducible Operons? 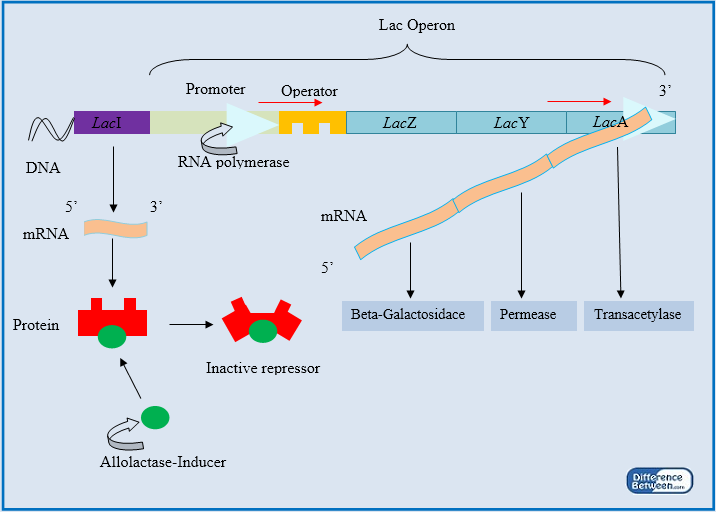 It contains three structural genes; Z, Y and A which transcribe an mRNA and translate the mRNA to three enzymes galactosidase, lactose permease and transacetylase, respectively.  The operator gene is situated adjacent to structural genes while controlling the functioning them.

What are Repressible Operons?

The repressible operon is regulated in the presence of a chemical substance known as co-repressor. A co-repressor is always an end product of a metabolic pathway. In the presence of a co-repressor, the operon is said to be switched off. Tryptophan operon (trp operon) is an example for repressible operon. Structural genes, regulator gene, operator gene, promoter gene, and co-repressor are included in trp operon. The trp operon consists of five structural genes which transcribe mRNAs which later get translated and coded for proteins that function as enzymes. 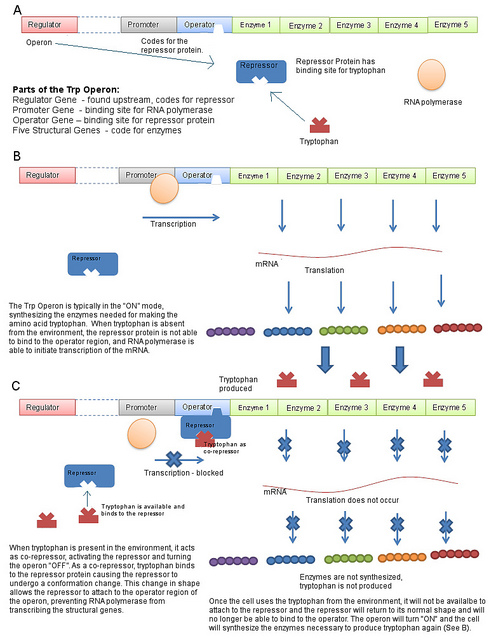 What are the Similarities Between Inducible and Repressible Operon?

What is the Difference Between Inducible and Repressible Operon? 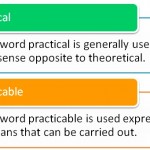 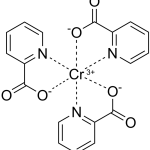 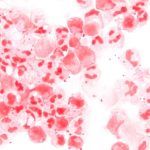 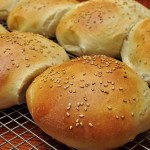 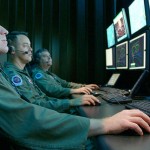