In logic theory, Induction and deduction are prominent methods of reasoning. Sometimes people use induction as a substitute for deduction and erroneously make false and inaccurate statements.

Following are some examples of deductive logic.

o The solar system has 8 planets

o Earth is a planet in the solar system

o Therefore, Earth is one of the eight planets.

o Party A won the election

o Mr. X was the candidate from party A

o Therefore, Mr X will get the office.

Induction is a process where individual arguments and premises are used to develop a generalization or a conclusion that can be attributed to much more than the initial subjects. In this method, the conclusion may be validated or disproved by the preceding premises.

Following are some examples for inductive reasoning;

Above induction is true for all rivers. Consider another induction

o Month of August has experienced drought for the last ten years. Therefore, there will be drought conditions here for every August in future. This induction may hold true or may not.

The induction process can be seen as arriving at a general conclusion for a larger set by considering the results of few very specific cases. Process can be viewed as follows;

• Deduction is a form of logic that achieves a specific conclusion from the general, drawing necessary conclusions from the premises. (In deduction, bigger picture of the understanding is used to make a conclusion about something which is similar in nature, but smaller.)

• Induction is a form of logic that achieves general result from the specific cases, drawing probable conclusions from the premises. (In induction, a larger view is created using a few specific observations available.)

Difference Between Inductive and Deductive

Difference Between Summary and Analysis 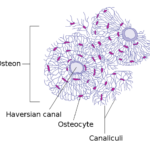