Inner planets are those which are much closer to the sun compared to the other. Inner planets posses some characteristics which are unique to them. These four planets are mainly made up of rocks, which contain minerals based on inorganic substances and their derivatives like soil and dust. All are compact solid bodies. These planets were formed earlier in the process of the birth of solar system. The inner planets consist of smallest planet of the solar system (Mercury), the densest planet of the solar system (Earth density of 5.52), the hottest planet of our solar system (Venus average temperature of 461.9 degree Celcius). These are mainly because of their rocky nature. They have no or few moons. They have no rings circling them.

The outer planets, also known as gas giants, comprise of relatively large planets Jupiter, Saturn, Uranus, and Neptune. As discussed earlier they are situated far from the sun. These planets are mainly composed of gases like hydrogen, helium, methane, etc. Their density is relatively low but they are large in size. The biggest planet (Jupiter), Planet with large orbiting rings (Saturn),and planet with least density (Saturn) are in the outer planets. Outer planets often have number of satellites or moons. Outer planets have atmosphere which largely consist of lighter gases like helium, ammonia and hydrogen.

Difference Between Earth and Mars 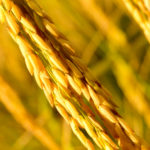