Inspiron and Studio are laptops made by Dell, an American company that specializes in computers and information technology. One of the Fortune 500 companies, Dell is a name to reckon within budget computers and laptops. While Inspiron is Dell’s entry level series of laptops, studio is a series that is meant to provide rich multimedia experience to the users. Though, there is not much of a difference in price line, there are some differences in hardware and software that will be described in this article.

Dell has deliberately tried to capture both high end as well as entry level customers. This is reflected in the designing and specifications of Inspiron series of laptops. One notices this difference when he is attracted by sleeker design of studio laptops and multimedia related extra features in studio series laptops. Studio is also more colorful and vibrant than Inspiron series. The most basic laptop in Inspiron series has a Celeron processor, whereas the most basic laptop in studio series has a Pentium D processor. Inspiron starts with 160GB hard drive, while Studio starts with 250 GB. RAM in inspiron’s most basic models is 2 GB, whereas this is 3 GB in starting models of Studio line. It is not surprising to find a webcam missing in basic models of Inspiron, whereas every laptop on Studio series has a webcam.

Inspiron begins with a mini 10 inch netbook whereas, Studio begins with a 14 inch laptop with 14 Oz weight. While, no Inspiron laptop has touch screen capabilities, some of the newest laptops in Studio series have this feature. While, the speed of the processors in both Inspiron and Studio is quite high, the difference lies in processor cache, which is 1 MB in Inspiron, while it is 3 MB in Studio, making it faster in coming up with information asked.

There are not many differences in hardware that are noticeable. However, Studio line of laptops make use of new montevina chipset, which is more future ready than Santa Rosa chipset of Inspiron. Studio laptops look and feel premium, and one has to pay $100-200 extra. The screen of Studio has a higher resolution than the screen of Inspiron, which attracts many towards itself. 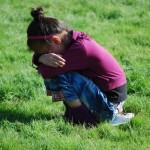 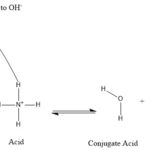 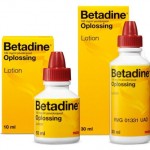