Insulin resistance and diabetes have come into the day to day vocabulary in recent years because of the sheer number of people who suffer due to elevated levels of blood sugar. World Health Organization has declared diabetes as the biggest pandemic to sweep the earth in known human history. It is even bigger than the infamous Black Plague. The importance of knowing about diabetes and impaired glucose tolerance cannot be overemphasized in light of the recent situation.

Insulin is the hormone that controls the blood glucose level with the help of other hormones. Out of all these hormones insulin is the best known. Insulin is secreted by beta cells of pancreatic islets of Langerhans. There are insulin receptors on the cell surfaces of every cell, utilizing glucose as the energy source. Insulin molecule binds to these receptors to trigger all its actions. Insulin resistance is in essence a poor response to the insulin molecule at the cellular level. Insulin in general lowers blood glucose level by promoting absorption of glucose into cells, glycogen synthesis, fat synthesis and triggering energy production via glycolysis.

Blood glucose level is controlled by highly complex mechanisms. When the blood sugar level drops below a certain level, the brain detects it and triggers the need to consume food; AKA hunger. When we eat carbohydrates, they get digested in the alimentary canal. Saliva contains carbohydrases which break down sugars. Food gets released into the small bowel slowly after being stored in the stomach. The luminal surface of the small intestinal lining cells contains enzymes which break complex carbohydrates down to glucose and other sugars. The pancreas also secretes some hormones that break carbohydrates down. These sugars (mainly glucose) get absorbed into the portal system and enter the liver. In the liver, some gets through to the systemic circulation, to get distributed to peripheral tissues. Some of the glucose goes into storage as glycogen. Some goes into fat synthesis. These processes are tightly controlled by hormonal and other mechanisms.

Diabetes is the presence of blood glucose levels above normal for the age and clinical status. Fasting blood sugar value above 120mg/dl, HBA1C above 6.1%, and post prandial blood sugar level above 140mg/dl are considered as diabetic levels. There are two types of diabetes; type 1 and type 2. Early onset type 1 diabetes is due to lack of production of insulin in the pancreas. It is present in patients from childhood and almost always with complications of the disease. Type 2 diabetes is the commoner of the two types and is due to poor insulin function. Frequent urination, excessive thirst, and excessive hunger are the three cardinal features of diabetes.

What is the difference between Insulin Resistance and Diabetes?

• Insulin resistance is the basis of diabetes, but a person may have a certain degree of resistance to insulin without going into diabetic levels of blood sugar.

• Cut off values for impaired glucose tolerance and diabetes differ.

Difference Between Cyst and Boil 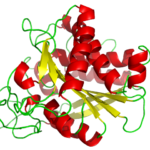 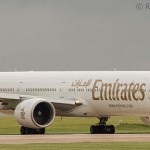 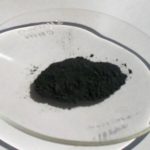