Home / Technology / IT / Programming / Difference Between Integer and Pointer

The terms integer and pointer are used in most of the programming languages. In computer programming languages, integer is referred as any data type that represents a subset of mathematical integers whereas pointers are defined as a type whose value points to or refers directly to another value that is stored somewhere else in computer’s memory using the address of the value.

In computer programming languages, an integer is a data type that represents subset of mathematical integers. The value of datum that has an integral part is the mathematical integer to which it corresponds. The value is stored in the memory of computer in this way by representing the datum. The integral types can be signed or unsigned. Signed means they can represent negative integers and unsigned mean they can represent non-negative integers.

A string of bits is the most common way of representing a positive integer. This is done by using the binary numeral system. There is a variation in the order of bits. The precision or width of an integer type represents the number of bits.

In binary numeral system, the negative numbers can be represented by three ways. This can be done by one’s complement, two’s complement or sign-magnitude. However, there is another method to represent integers and it is called binary-coded decimal. But this method is rarely used these days.

In computer programming language, a pointer is defined as the data type whose value points to or directly refers to another value that is stored somewhere else in the memory of the computer. Pointers takes place of general purpose registers in case of high level languages whereas in low level language such as machine code or assembly language, it is done in available memory. A location in the memory is referenced by the pointer. A pointer can also be defined a less subtracted or simple implementation of more abstracted data type. Pointers are supported by different programming languages but there are some restrictions on the use of pointers in some languages.

Although pointers are being used to address the references but they can be applied more properly to data structures. There are certain risks that are associated with pointers because they allow protected as well as unprotected access to memory addresses of the computer. 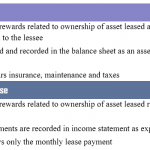 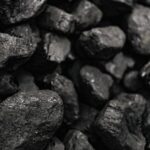 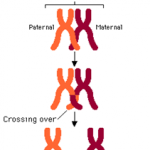