Interest is the return on investment that a lender charges from his client on the money or loan that he has lent. When a company is expanding or needs money to invest in plant and machinery, it has the option to raise capital through getting loans from lenders like banks or even private investors. The amount of money paid by the company that is decided in terms of percentage of the money lent is known as interest. A company also pays interest on bonds it issues to public. All the money that a company pays in the form of interest to debtors and bond holders is considered as an expense of the company and it reduces the net income of the company, and thus its taxable income. While the cash with the company is reduced when it has to pay interest to various lenders, it also saves some money in the form of reduced income tax.

If a company makes profits, it has to share a part of these profits with its shareholders. The amount of dividend is not fixed and keeps on varying with varying profits. If a company is suffering losses or is making very little profits, it is unlikely to issue any dividends. Mostly dividends are in the form of cash, but sometimes they are paid in the form of stocks of the company also.

Difference Between DDM and DCF 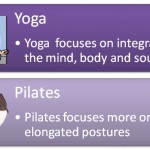 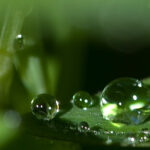