Apple has released an update for iOS software on 18 July 2011. The update is for iOS 4.3. The latest iOS 4.3 version is iOS 4.3.4. The software update is issued to fix the security vulnerability associated with viewing malicious PDF files.

With the update, viewing a malicious PDF file result in an expected application termination or arbitrary code termination.

A similar software update is available for iPhone 4 CDMA model, which is iOS 4.2.9.

Apple’s next generation mobile operating system is iOS 5, which will be released to the users before the fall of 2011.

Difference Between iOS 4.3 and iOS 5 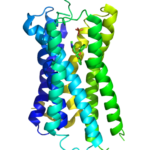