Some people tend to think that the market for tablet PCs is artificial. Their argument is that Apple created such a magnificent device and created an artificial demand for that slate. They back up this argument by using the distinction between a smartphone and a laptop. A smartphone was used to call and text along with extended usages like browsing the internet and utilization of simple applications to make your life easier. On the other hand, the laptops were basically used as mobile workstations replacing the use of stationary PCs in almost everything. They were used for mobile entertainment purposes, for corporate responsibilities and for the use of programmers. Laptops were even used by hardcore gamers eliminating the distinction between PCs and laptops completely. This separation of interests is what they use to explain the artificial demand for tablet PCs.

The definition Apple gives is completely different to this. Most of the people have the same set of needs from a slate. These needs include browsing the internet, watching a movie and listening to music. What Apple has done is to come up with a slate that is of the perfect size facilitating all these common needs. The fact that all these needs come with a thin touchscreen slate was such a new idea and it may have well created an artificial market for the product, but that doesn’t mean the sheer growth of the market can be explained by that. What we have here is a compendium of an artificial market that was created to facilitate a common set of needs of the consumers more easily. In fact, only the creation of the market was artificial and without much effort in marketing, tablet market skyrocketed and a lot of vendors came in to play. However, Apple continues to retain the crown of the market. Today we are witnessing their third generation iPad, which will hit the market on 16 March 2012. Apple preferred to name it ‘The new iPad’ than following the tradition and calling it iPad 3. We guess it may be to avoid confusing between the 3rd generation iPad and 4G technology it supports. However, the new, remarkable features in the new iPad were limited to the stunning Retina display it holds, the A5X processor with quad core GPU, and the 4G LTE connectivity. Anyhow, it has many other improvements compared to the 2nd generation iPad, the iPad 2. Let’s review the performance and features of both iPads and compare them to see what Apple has added new to its 3rd generation iPad. 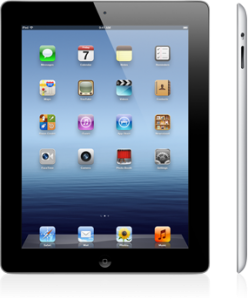 The much reputed device comes in many forms, and we are going to consider the version with Wi-Fi and 3G. It has such elegance with its height of 241.2mm and width of 185.5mm and the depth of 8.8mm. It feels so good in your hands with an ideal weight of 613g. The 9.7inches LED backlit IPS TFT Capacitive touchscreen features a resolution of 1024 x 768 with a pixel density of 132ppi. The fingerprint and scratch resistant oleophobic surface gives an additional advantage to iPad 2, and the accelerometer sensor and Gyro sensor come in, as well. The particular flavor of the iPad 2 we have chosen to compare has the HSDPA connectivity as well as the Wi-Fi 802.11 b/g/n connectivity.

The iPad 2 comes with a 1GHz dual core ARM Cortex A-9 processor with PowerVR SGX543MP2 GPU on top of Apple A5 chipset. This is backed up by a 512MB RAM and three storage options of 16, 32 and 64GB. Apple has their generic iOS 4 responsible for the controls of iPad 2, and it also comes with an upgrade to iOS 5. The advantage of the OS is that, it’s correctly optimized to the device itself. It isn’t offered for any other device; thus, the OS does not need to be generic like android. iOS 5 is thus centric on iPad 2 and iPhone 4S which means it understands the hardware perfectly well and optimally manages every bit of it to give an awesome user experience without the slightest bit of hesitation.

Apple has introduced a dual camera set up for iPad 2 and, while this is a good addition, there is a large room for improvement. The camera is only 0.7MP and has a poor image quality. It can capture 720p videos @ 30 frames per second, which is good. It also comes with a secondary camera bundled with Bluetooth v2.0 that would please the video callers. This gorgeous gadget comes in either black or white and has a sleek design that just pleases your eyes. The device features Assisted GPS, a TV out and famous iCloud services. It practically syncs over any Apple device and has the element of flexibility included in it like no other tablet has ever done.

When we compare two devices from the same vendor in which one is expected to be the successor of the other, the conclusion speaks even before we have laid down the facts. But for the benefit of doubt, let me discuss what are the better luxuries offered in the new iPad compared to iPad 2. To start with, it will have a better processor with a higher clock rate and a quad core GPU. The operating system is also comparably new. But what’s so special about the new iPad is the monster resolution it offers to the market, because 2048 x 1536 pixels is a resolution that hasn’t been matched by any mobile device yet. In terms of iPad 2, it’s exactly twice the resolution offered by iPad 2. Additionally, iPad 3 (new iPad) offers better optics that can capture 1080p HD videos @ 30 fps. It also brings 4G LTE connectivity into the arena which was lacking in iPad 2. Something Apple has failed to keep consistent is the thickness and the weight of iPad 2 which is better compared to the new iPad. The battery life gives the same set of cores and it seems Apple is going to continue producing Apple iPad 2 along with the new iPad, so that is a clear indication from Apple that they suggests iPad 2 can be a good replacement for iPad 3 (new iPad). Thus the choice falls into the line of your preference and whichever the one you prefer among these two, they are not going to disappoint you. 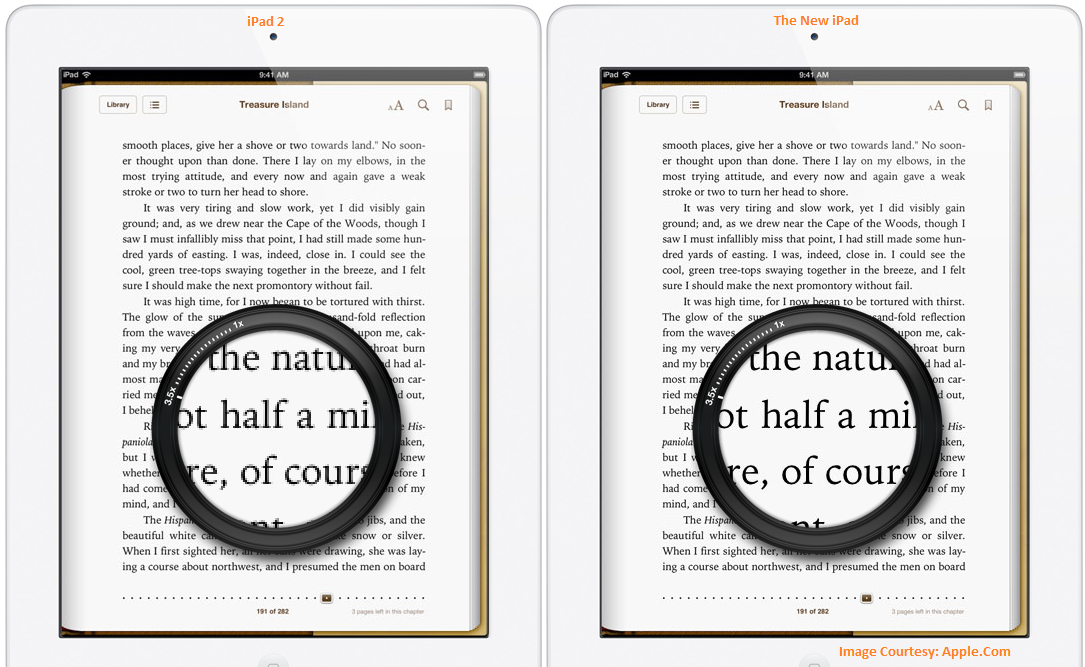 Difference Between iPad 2 and iPad 3 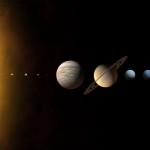 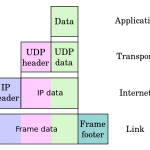 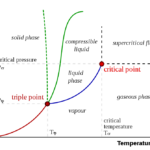