iPhone 4S and iPad 2 are both wonderful products from Apple in different sizes and for different purposes. iPhone 4S  is equipped with 1 GHz Apple A5 processor and iPad 2 is also packed with the same 1GHz dual core Apple A5 processor with iOS 5.0 Both iPhone 4S and iPad 2 are designed for GSM and CDMA technologies and both will support Wi-Fi . Application wise both are the same. The main differences are the display size and phone feature. iPad 2 is a tablet PC, which does not have the basic phone features, but it has a large display. Therefore, it is ideal for browsing, gaming and e-reading on the go. On the other hand, iPhone 4S is the most popular smart phone, having multimedia features in addition to the phone features. Here, the real estate is much small but it has higher resolution display. Therefore, though it is small, the text is crisper and images are very clear.

iPad 2 is the latest version of the last year’s largely successful iPad by Apple Inc. iPad 2 was officially released in March 2011. A significant change in software is not visible; however hardware modifications can be seen. iPad 2 has definitely become thinner and lighter than its predecessor and has benchmarked the industry standards for tablet PC’s.

iPad 2 is designed ergonomically and users may find it a little smaller than the previous version (iPad). The device remains 0.34″ at its thickest point. At nearly 600g the device cannot be called a light weight device. iPad 2 is available in Black and White versions. iPad 2 is complete with a 9.7” LED backlit multi touch display with IPS technology. The screen has a finger print resistant oleo phobic coating. In terms of connectivity, the iPad 2 is available as Wi-Fi only, as well as, a 3G version.

The new iPad 2 has a 1 GHz dual core CPU called the A5. The graphics performance is reportedly 9 times faster. The device is available in 3 storage options such as 16 GB, 32 GB and 64 GB. The device supports 9 hours of battery life for 3G web surfing and charging is available via power adapter and USB. The device also includes a three-axis gyroscope, an accelerometer, and a light sensor.

iPad 2 comprises a front facing camera, as well as, a rear facing camera, but in comparison to other cameras in the market, the rear facing camera is of less quality, though it can record up to 720p HD video. In still camera mode, it has 5x digital Zoom. The front camera can be mainly used for video calling called “FaceTime” in iPad terminology. Both cameras have the capability to capture video as well.

Since the screen is multi touch, inputs can be given by many hand gestures. Additionally a microphone is also available with the iPad 2. As for output devices a 3.5-mm stereo headphone mini jack and a built-in speaker is available.

The new iPad 2 comes with iOS 4.3 installed. iPad 2 has the backing of the world’s biggest collecting of mobile applications for a platform. Applications for iPad 2 can be downloaded from Apple App store directly to the device. The device comes complete with multi lingual support as well. “FaceTime”; the video conferencing application is probably the highlight of the phones capabilities. With the new updates to iOS 4.3 the browser performance is also reportedly upgraded.

Difference Between Toshiba AT200 and iPad 2 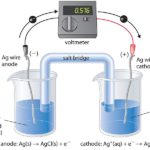