The much speculated iphone 4S was released on October 4th 2011. The iPhone which has bench marked standards in the smart phone hemisphere has raised the expectations more. Will iPhone 4S deliver to the expectations? Having one look at the device one can understand that the appearance of iPhone 4S remains similar to iPhone 4; the much raved predecessor. The device is available in both black and white. The glass and stainless steel built that most find appealing remains intact.

The processing power is one of the many improved features on iPhone 4S than its predecessor. The iPhone 4S is powered by a Dual core A5 processor. According to Apple, the processing power is increased by 2 X and enables graphics that are 7 times faster and the energy efficient processor will improve battery life as well. While the RAM on the device is still not officially listed the device is available in 3 versions of storage; 16 GB, 32 GB and 64 GB. Apple has not allowed a micro SD slot to expand the storage. In terms of connectivity iPhone 4S has HSPA+14.4Mbps, UMTS/WCDMA, CDMA, Wi-Fi and Bluetooth. At the moment, iPhone 4S is the only smart phone which can switch between two antennas to transmit and receive. Location based services are available through Assisted GPS, digital compass, Wi-Fi and GSM.

iPhones are generally good on their battery life. Naturally, users will have higher expectations for this latest addition to the family. According to Apple, iPhone 4S will have up to 8 hours of continuous talk time with 3G on while on GSM only it will score a massive 14 hours. The device is rechargeable via USB as well. The standby time on iPhone 4S is up to 200 hours. In conclusion, the battery life is satisfactory on iPhone 4S, but the battery is not removable like its predecessors. 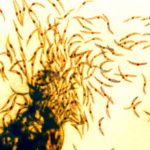