Apple has finally released iPhone 4S on 4 October 2011, and it will be available from 14 October 2011. The external appearance of 4S seems identical to iPhone 4. The much anticipated iPhone 5 has been delayed for 2012 release. iPhone 4S is the first dual core smartphone from Apple. Though it is not huge as some of the other phones, it is very appealing. Siri is a new feature in iPhone 4S; it is an intelligent assistant that enable user to manage the phone with voice. iPhone 4S will be compatible with wide range of networks. It will be available in US for all major carriers except for T-Mobile.iPhone 4S carry a price tag similar to that of iPhone 4 at release; 16 GB model is priced at $199, and 32GB and 64GB are price $299 and $399 respectively, on contract. Apple has brought down the prices of iPhone 4 now. Motorola Photon 4G is one of the latest Android smart phones for Sprint by Motorola. Photon 4G was officially announced in June 2011. It has a unique design, and available for $200 on contract; the regular price is $550.

Wait till you get to use this latest device from Motorola to believe how fast and efficient it is. Photon 4G is a special phone especially designed to match the requirements of executives living life in a fast lane. It is powered by a super fast 1 GHz dual core processor that couples with Sprint’s blazing fast WiMAX network to provide unbelievably high download speeds in 4G.

To begin with, despite having a huge 4.3 inch capacitive touch screen that is qHD and produces a resolution of 540×960 pixels, the smartphone is surprisingly light and thin. It has a kickstand for hands-free viewing. Photon measures 126.9×66.9×12.2 mm and weighs just 158g. It runs on the latest Android 2.3 Gingerbread, and has a very fast 1 GHz dual core NVIDIA Tegra 2 processor that provides a pleasing experience when you are downloading or just watching videos. It has 16 GB of onboard storage and allows users to increase it to 48 GB through micro SD cards. It packs a nice 1 GB of RAM and 16 GB of ROM.

The smartphone is Wi-Fi 802.11b/g/n, GPS with A-GPS, Bluetooth v2.1 with EDR, HDMI, and a 4G WiMAX radio. It’s a world phone with international GSM capabilities and it has HTML browser with full flash support to provide for seamless surfing. And yes, Photon is a delight for those fond of clicking as it has a powerful 8 MP camera at the back capable of recording HD videos in 720p. It is equipped with webtop technology allowing users to watch all the content on laptop.

The phone is packed with standard Li-ion battery (1700mAh) that is powerful enough to last for a talk time of up to 10 hours on GSM and 10 hours on CDMA. 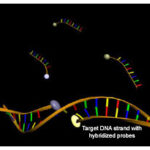 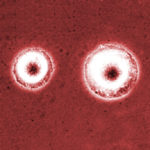 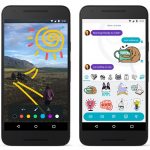