Apple finally released iPhone 4S on 4 October 2011, and it will be available from 14 October 2011. The external appearance of 4S seems identical to iPhone 4. The much anticipated iPhone 5 has been delayed for 2012 release. iPhone 4S is the first dual core smartphone from Apple. iPhone 4S will be compatible with wide range of networks. It will be available in US for all major carriers except for T-Mobile. iPhone 4S carry a price tag similar to that of iPhone 4 at release; 16 GB model is priced at $199, and 32GB and 64GB are price $299 and $399 respectively, on contract. Apple has brought down the prices of iPhone 4 now. Samsung Infuse 4G is an Android smart phone released by Samsung in January 2011. The device was officially released by March 2011 and available in markets for $100, on contract. Following is a review on the similarities and differences of the two devices.

Samsung Infuse 4G is an Android smart phone announced by Samsung in January 2011. The device was officially released by March, and available in markets. Looking similar to the famous Samsung Galaxy S II, the phone may be an affordable alternative to its high end siblings.

The Samsung Infuse 4G stands 5.19” tall with a nice chassis and available in Caviar Black. With 0.35” thickness and 139 g weight Samsung Infuse 4G can be called extremely slim and considerably light for its dimensions. The device is complete with a good screen size of 4.5”. The screen is a super AMOLED Plus capacitive touch screen with 800×480 resolution and 207 screen PPI. The combination of above configurations will render good quality text, image and video. The high quality display is made out of Gorilla glass for scratch proof and protection. As for sensors the Samsung Infuse 4G has GPS, Touch-sensitive controls, accelerometer sensor for UI auto-rotate and a Proximity sensor for auto turn-off.

Samsung Infuse 4G has a 1.2 GHz processor (ARM Cortex A8). Internal storage is available in 3 partitions. 2 GB is available with a micro- SD card available. Another 2 GB is dedicated for applications, while another 12 GB is separately available. Therefore, together Samsung Infuse 4G deliver nearly 16 GB of storage. Storage capacity can be improved in 32 GB with the help of a micro-SD card. The device also has 512 MB ROM and 512 MB RAM for smooth operating of applications. As far as connectivity is concerned, Samsung Infuse 4G is HSPA+, Wi-Fi, and Bluetooth. The device also supports micro USB.

In the department of entertainment, Samsung Infuse 4G will not let down the user. FM radio is not available on this device, but a 3.5 mm audio jack enable users to listen to their favorite music from the device on the go. An MP3/MP4 player is also on board. A native YouTube client is available pre-loaded on Samsung Infuse 4G and the high quality screen will make watching video on the phone a pleasant experience. The 4.5” can be called a large screen for a phone, and will be ideal for gaming. Many free games can be downloaded from Android Market place and other 3rd party application stores for Android.

Samsung Infuse 4G has an 8 mega pixel rear facing camera with auto focus, touch focus, LED flash, geo-tagging and face/smile detection. The rear facing camera gives quality images, and it is capable of recording video at 720p. The front facing camera is 1.3 MP, and a Micro HDMI video out connector will enable to view pictures on HDTV and other devices.

Samsung Infuse 4G is powered by Android 2.2 (Froyo). Since the device has a more mature version of Android, users will have a more stable experience and a bigger collection of applications on the Android Market. The device comes with social network integration with Facebook and Twitter applications, and includes Google applications, an organizer, image/video editor, Calendar, Picasa integration and Flash support. Input can be given as voice commands and the virtual keyboard comes with predictive input. If any application is missing it can be downloaded from the Android market.

Samsung Infuse 4G has a standby battery life of 400 hours with 8 hours of continuous talk time. This is standard battery life in terms of a smart phone.

What is the difference between iPhone 4S and Samsung Infuse 4G?

The mobile operating system on iPhone 4S is iOS 5 and Samsung Infuse 4G comes with Android 2.2. iPhone 4S introduces the most innovative voice assistant ‘Siri’. This is a new software, which can identify voice commands and interpret them in the most human friendly way. Though voice commands, voice search is supported by Samsung Infuse 4G, and applications like Vlingo are downloadable from Android Market, ‘Siri’ is unique and more user friendly. Applications for iPhone 4 S can be downloaded from Apple App Store while applications for Samsung Infuse 4G can be downloaded from Android market and other 3rd party Android markets. 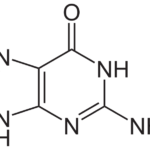 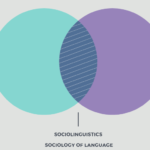