Apple finally releases iPhone 4S today, 4 October 2011, and shelf iPhone 5 for 2012. In external apperance it is identical to iPhone 4. iPhone 4S will hit the market by 14 October 2011. iPhone 4S is the fist dual core smartphone from Apple. iPhone 4S is a world phone, and compatible with wide range of networks. iPhone 4S carry a price tag similar to that of iPhone 4 at release; 16 GB model is priced at $199, and 32GB and 64GB are price $299 and $399 respectively, on contract. Apple has brought down the prices of iPhone 4 now. Samsung Galaxy S II for T-Mobile (T-Mobile Galaxy S2) is an Android smart phone officially announced in August 2011 by Samsung. It’s the T-Mobile version of the popular Galaxy S II that was officially announced at the Mobile World Congress in Barcelona in February 2011, and released by mid 2011. Samsung also has upgraded the hardware, in addition to the HSPA+42Mbps support. The processor speed is upgraded to 1.5GHz; also the display is 4.5″, instead of the 4.3″ in the original Galaxy S2. The device is expected to be available with T-Mobile from 12 October 2011. Following is a review on the similarities and differences of the two devices. 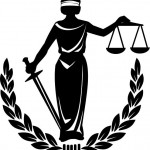 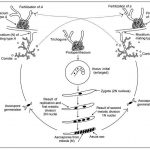